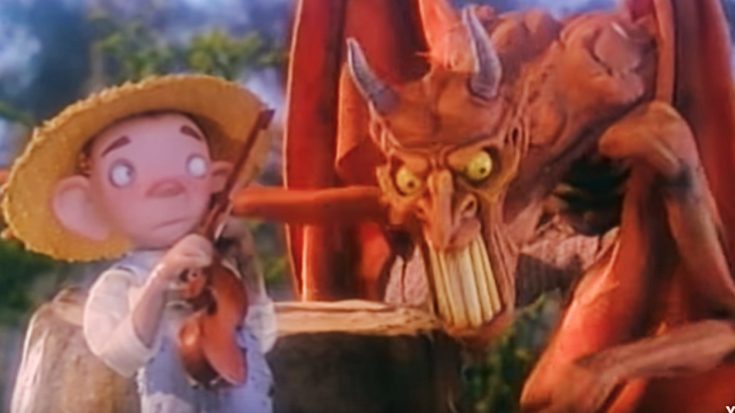 One of the most notable and infamous songs from Charlie Daniels Band’s superstar set at the 1979 Volunteer Jam found a whole new audience when this rock band set their own cover version to a wild and wacky claymation video!

First released in 1970, CDB dropped their iconic rendition of “The Devil Went Down To Georgia” after playing it live for an audience at the annual Volunteer Jam for its world premiere. The song would go on to sell millions of copies and soared to the No. 1 chart position in both the United States and Canada.

ON THIS DAY in 1975, Volunteer Jam II was held at Murphy Center in Murfreesboro, TN. The CDB's guests were @MarshallTucker, Dickey Betts & Chuck Leavell from @allmanbrothers, Jimmy Hall from Wet Willie, and Dru Lombar from Grinderswitch, and was released theatrically.- TeamCDB pic.twitter.com/FA7cKb3dLz

Nearly 30 years after its unforgettable debut, hard-rock and metal band Primus tried their hand at it – while also featuring it on their fancy 90s-era CD-ROM that had a bunch of extras on top of their music.

Primus did not release their version of “The Devil Went Down To Georgia” as a single, but instead only gave life to it in a striking claymation video folks could watch if they put their CD album into a computer.

While claymation usually isn’t the first thought when crafting scenery for a music video, this unique take on this Southern rock classic gives it a very interesting vibe!

The devil shows up roaring in on a motorcycle and eventually finds his way to the main character, Johnny, who is an unbelievably good fiddler.

The showdown between the two is characterized in a way that couldn’t have been brought to life in any other way and truly shows the magic of using clay-based animation!

Watch Primus’ full claymation video for their cover of “The Devil Went Down To Georgia” below and let us know what you think of it in the comments!