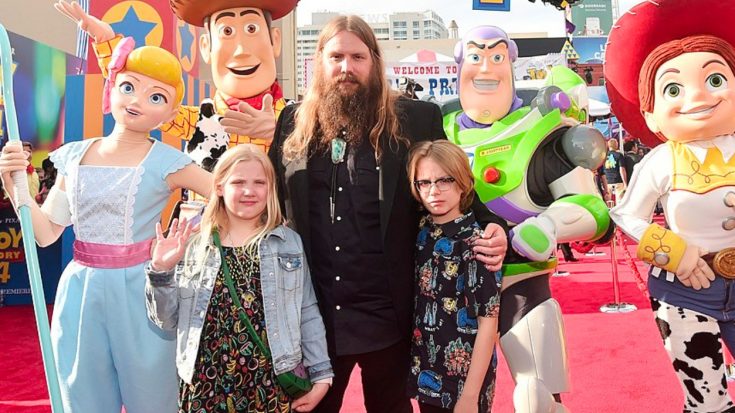 Thank you for all the love! We’re so grateful to finally be home with our sweet family. We would like to say a special thank you to all the incredible nurses & doctors at Centennial Women’s & Children’s Hospital in Nashville. At more than a month early, we had a week long stay in the nicu & the incredible people there kept our boys healthy & happy. Words cannot express our gratitude for you all & what you did for our family. From the bottom of our hearts, thank you! ♥️♥️

Morgane gave birth to twin boys, whose names have not been announced, in 2018 and a year later they had another son. The couple are also parents to an older son and daughter as well.

The parents of five have kept their children so far out of the limelight that no one even knew their names…until 2018. Stapleton won Male Vocalist of the Year at the CMA Awards and during his speech, revealed his eldest children’s names.

“I want to thank my kids, who put up with me being gone quite a bit and not getting to be as good of a dad as I would always like to be,” he said. “Waylon and Ada, if you’re out there tonight, and the twin boys, and the new one on the way, I love you so much.”

Well, he made it up to Waylon and Ada for being gone a whole lot in a big way – he brought them to the premiere of the highly-anticipated movie Toy Story 4! Stapleton sings a song on the soundtrack titled “The Ballad of the Lonesome Cowboy.”

Check out Chris, Waylon, and Ada on the red carpet…they look JUST like Chris and Morgane!

Chris Stapleton's Kids Walk the Red Carpet With Him at 'Toy Story 4′ Premiere [Pictures]: That's Waylon and Ada alongside Stapleton and there are plenty more pictures. Continue reading… https://t.co/cUlrq77HpN pic.twitter.com/B7xNyEYjKA

Take a listen to Stapleton’s song from Toy Story 4 below.