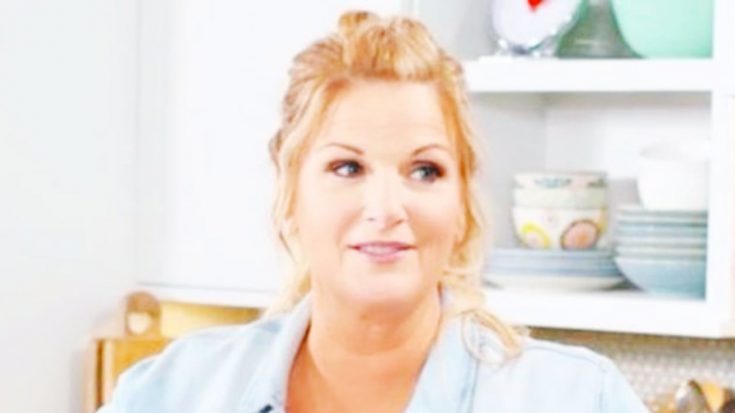 Country fans are well-aware that Trisha Yearwood has plans to release a new album later this year. The excitement around the upcoming release is quite high, since it’s Yearwood’s first non-holiday or non-cover album to be released since 2007.

Earlier this month, Yearwood gave fans the first taste of the album by releasing its lead single, “Every Girl in This Town.” The song caught on right away, and became the highest-debuting single of any female country artist so far this year.

Trisha Yearwood scores her best career debut on Billboard's Country Airplay chart, as "Every Girl in This Town" bounds onto the tally @ No. 21 Town" marks the highest Country Airplay start for a solo woman in 2019.
Congrats @trishayearwood!

But as for the album’s title, cover art, and release date, Yearwood kept those details tightly under wraps, planning to reveal them at a later time. However, someone else ended up leaking some of those details without Yearwood’s permission, and ruined the surprise.

On social media, Yearwood revealed that her “album cover was leaked early.” Her team must have done a good job at suppressing the leak, because it seems there weren’t many people who saw the cover art before they were supposed to.

But since the jig was up, Yearwood decided there was no point in trying to keep the cover art hidden now (which also reveals the album title). Instead, she reacted to the leak by posting the album cover art and title herself, as well as the release date.

Yearwood’s post revealed that the album is titled Every Girl after its lead single, and that it will be released on August 30th!

My album cover was leaked early ? So I said to myself – dust yourself off, put your lipstick on, you've got this baby! I want you to see it from me, #EveryGirl , the album out August 30th! Album pre-order coming soon xo

We feel bad about the circumstances that led to Yearwood sharing this information, but now we’re excited to know more about her upcoming album.

Just in case you haven’t listened to Yearwood’s new single “Every Girl in This Town,” be sure to check out its lyric video below. Based on how good this song is, we can’t wait to hear the other tracks on Every Girl!