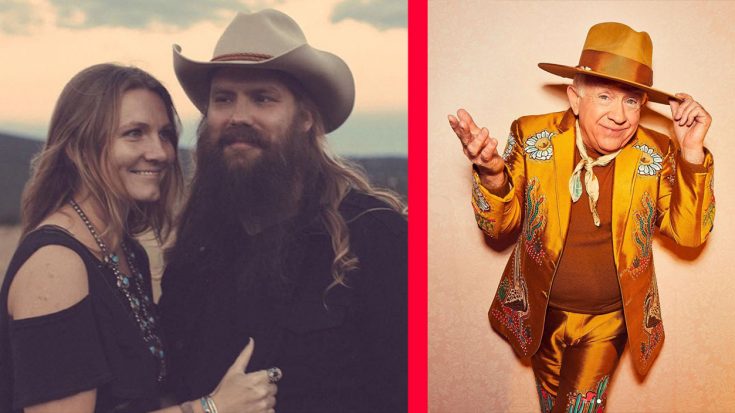 Leslie Jordan’s new album of southern gospel hymns, Company’s Comin’, will be released on April 2, 2021, and the actor gave fans a sneak peek by premiering his song “Farther Along,” which features Chris Stapleton and Morgane Stapleton.

In a press release, Jordan expressed how he felt having a country star on his album,

On Instagram, the 65-year-old posted videos of himself, Chris, and Morgane in the studio recording along with a short clip of himself wearing a wig and a cowboy hat doing an impersonation of the country star.

In addition to the Stapleton couple, the album also features other incredible artists such as Dolly Parton, Tanya Tucker, Eddie Vedder and Brandi Carlile.

Watch the official video for “Farther Along” below.