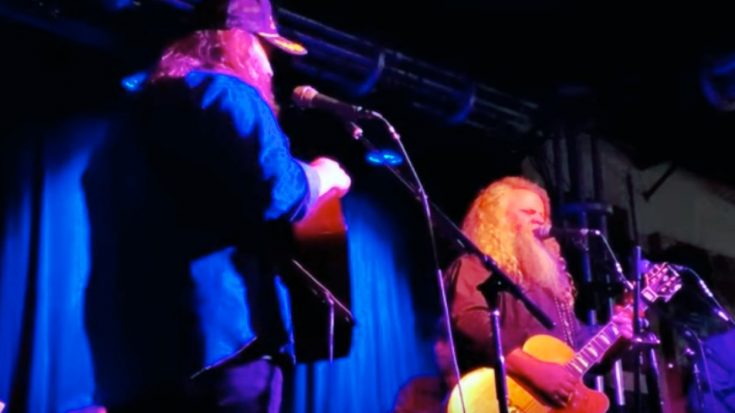 On February 26, 2020, some of country music’s finest gathered for at 3rd and Lindsley in Nashville to help out one of their own.

Robby Turner is known as one of the most well-respected musicians in the country music community. He has played steel guitar for a number of country stars, including Waylon Jennings, The Highwaymen, and Chris Stapleton.

On New Year’s Eve, Turner was involved in a car accident and was hospitalized to receive treatment for his injures.

Robby Turner is an important part of Nashville music history. He is the steel guitar hero behind Waylon Jennings, The Highwaymen, Chris Stapleton & countless more. He was in a critical car accident and needs help. Please consider donating if you can. https://t.co/xbmv0NMH00

After the accident, members of the country music community quickly put together a benefit concert at 3rd and Lindsley to help Turner out.

Stapleton was one of the artists who signed on to perform at the concert. Other names in the lineup included Mo Pitney, Jessi Colter, and Jamey Johnson.

At one point during the concert, Johnson and Stapleton hit the stage together to deliver a number of performances. They sang a few covers, including Merle Haggard‘s “Sing Me Back Home” and Don Williams‘ “Tulsa Time.”

The duo also united to deliver a duet performance of one of Johnson’s most iconic songs…”In Color.”

“In Color” was released in 2008 as the first single off of Johnson’s second studio album, That Lonesome Song. Johnson served as one of the track’s three co-writers.

The well-written lyrics and Johnson’s emotional delivery made “In Color” a song that struck a chord with country fans far and wide. It went on to be named the Song of the Year at both the ACM and CMA Awards.

As good as “In Color” is with Johnson singing it alone, we bet you can imagine how good it sounds with Stapleton on it as well. Thankfully, you don’t have to just imagine how it would sound, because we have a video of their benefit concert performance right here to share with you.

Stapleton stood to the side while Johnson opened the performance on his own. He finally jumped in on the chorus, and the moment when you first hear his voice combine with Johnson’s will give you goosebumps.

You can check out the clip below to see Johnson and Stapleton’s duet to “In Color.” It’s a standout performance that every country fan should take the time to watch.