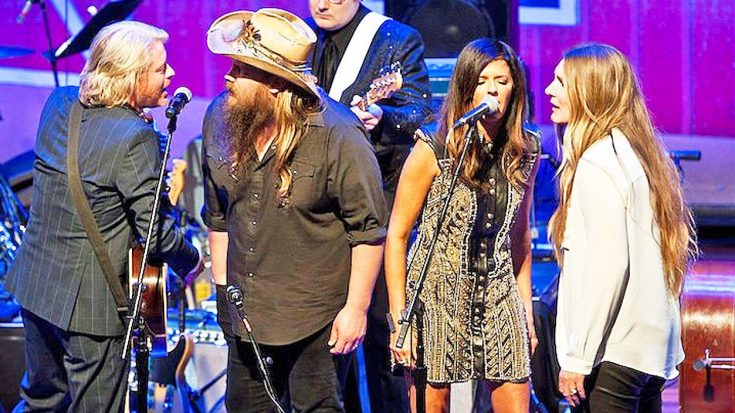 The song was first released in 1981 and has been a country classic ever since. Many artists have covered the hit.

But Stapelton’s collaboration with Little Big Town and his wife is one of the most enchanting renditions we’ve seen so far.

Phillip Sweet of Little Big Town kicked off the stripped-down performance of the country song before his bandmates joined in at the chorus for a powerful harmonization. Stapleton and his wife walked on stage, taking over while the country band harmonized and clapped along to their insane vocal delivery. The crew came together at the closing of the performance for a mind-blowing end chorus.

“Give it up for Chris Stapleton! Morgane Stapleton! Give it up Toledo! That does not happen every damn day,” is heard over the microphone, quickly met with a wild round-of-applause.

“Elvira” was released by the Oak Ridge Boys in 1981, going on to be widely considered their signature song. The tune was well-received and dominated the charts on a global scale, dipping into the music charts in Australia, Canada, and New Zealand.

You can listen to the intoxicating rendition of “Elvira” below.