Chris Janson’s Daughter Dances While He Performs “Her Song,” “Georgia On My Mind” 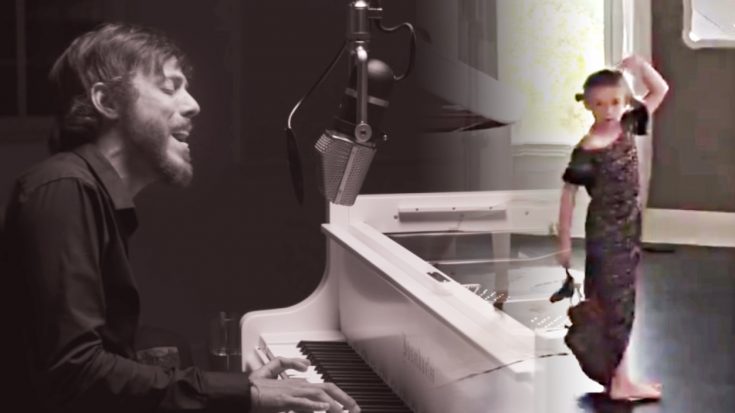 When Chris Janson started playing Ray Charles on the piano in his living room, his little girl couldn’t help herself. She started giving an adorable ballet performance across the family home – and it will melt your heart.

“Georgia On My Mind” was written and first recorded by Hoagy Carmichael and Stuart Gorrell in 1930. It wasn’t until 1960 that Ray Charles released the song on the B-Side of his album, Carry Me Back to Old Virginny. The Charles’ recording would later go on to be a chart-topper and even earned the 44th place on Rolling Stone’s “Greatest Songs of All Time.”

The song made a country-crossover when Willie Nelson got ahold of it and turned it into a number one hit on Billboard’s US Hot Country Songs. His version stripped it down and added a little twang – making it truly a “Willie” tune.

The song is such a classic that transcends time and musical genres. Which is why each generation of Chris Janson’s family seems to love it so much. Janson is best known for his songs “Buy Me A Boat” and his newest hit that highlights his piano-playing skills, “Drunk Girl.”

Janson might be used to performing for his fans on stage – but his wife Kelly posted a sweet video of him playing for his biggest fan – their daughter, Georgia.

But when dad started playing her song, the ballet performance began. As Janson played on his white piano, Georgia plied and spun around effortlessly – showing off some real appreciation for music and some great talent!

Kelly Janson posted the endearing video on social media saying, “When her daddy sings her song. He sang this to her the day she was born. Perfect Sunday morning”

Such a sweet way to family bond – especially when your entire family is this gifted! We see a bright future ahead of this gal.

You can watch the charming father-daughter moment below and be sure to keep an eye out for Janson on his coast-to-coast tour.

When her daddy sings her song. He sang this to her the day she was born. Perfect Sunday morning @janson_chris #Georgia pic.twitter.com/VCqQAZAtS6