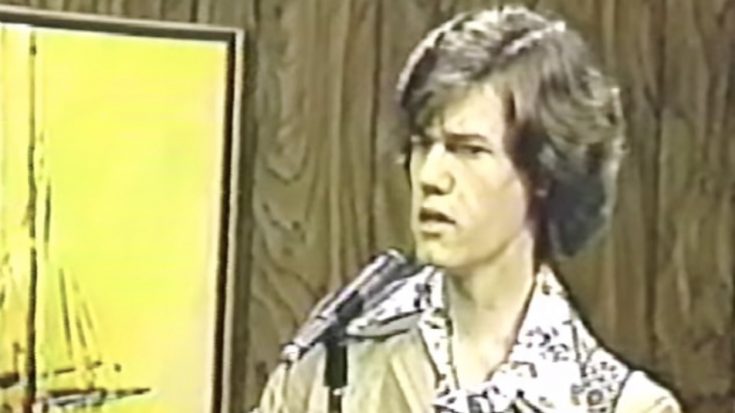 The legendary Randy Travis has had such a long and successful career, it’s hard to remember a time when he was an unknown singer. Luckily, he wasn’t unknown for too long, but when he was, he caught the attention of many people.

#FlashbackFriday in the studio

But before the world knew him as Randy Travis, he went by his birth name – Randy Traywick. At just 19 years old, Randy made his very first television appearance on the public access show Variety Showcase in 1978 and luckily a master historian has since posted the clip on YouTube for all to enjoy.

Singing George Jones‘ song “All The Praises,” a baby-faced Randy wowed the audience with his incredible vocals. It was hard for the audience to believe that this man was just a teenager, since his voice was so mature!

Randy sported long locks and proved that he was on the path to stardom years before he “made it” with his first major label album debut, Storms of Life, which included the hits “On The Other Hand,” “1982,” and “Diggin’ Up Bones” and was released in 1986.

We love watching videos of our favorite country stars before they were considered stars, and this one is no different. Watch one of Randy’s earliest performances in the video below.