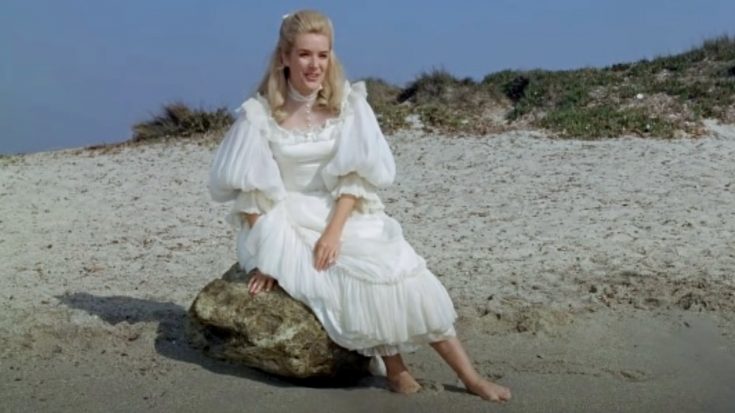 Sally once spoke with Rosie O’Donnell about how she was cast in Chitty Chitty Bang Bang. She didn’t have to test for the role, and lied about being able to dance to ensure she would be cast.

“…I was thrilled when they said I didn’t have to test, so I got the role,” BBC quotes Sally as saying in her interview with Rosie. “And then I met Dick, literally when we started rehearsing, and we did all these very difficult dances.”

Even though she was not a skilled dancer, Sally nailed her performance in the “Doll on a Music Box” scene in just one take.

Although Sally was most well-known for her role in Chitty Chitty Bang Bang, her true passion was in theatre. She was cast as Eliza Doolittle in My Fair Lady on Broadway in 1958. Then, she was nominated for a Tony Award for Best Lead Actress in a Musical in 1963 for her performance as Fiona MacLaren in Brigadoon.

Sally returned to My Fair Lady later in life. She played Mrs. Higgins in a U.S. tour of the production from 2007-2008.

Sally was married three times. Her second husband was Richard Adler, and she adopted his two sons: Andrew and Christopher. Christopher passed away following a battle with cancer in 1984.

The BBC reports it was Andrew who confirmed the sad news that his mother Sally passed away on Sunday (December 19) at the age of 91. He paid tribute to her on social media, writing, “All my memories of you live on.”

Sally’s death comes just months after the death of her third husband, Douglas Rae. He and Sally wed in 1972, and were married for nearly 50 years before his passing.

After news of Sally’s death broke, the actress received an abundance of tributes from fans who loved her in Chitty Chitty Bang Bang and her other works. Four-time Olivier Award-nominated actress Emma Williams wrote one of the most touching tributes to Sally, saying:

“She was the epitome of class, a generous and kindly soul who offered the sweetest words of advice and support to me when I met her. I will forever be grateful.”

Sally was truly one in a million. Remember her and her extraordinary talent by watching one of her scenes in Chitty Chitty Bang Bang below.

May Sally rest in peace…