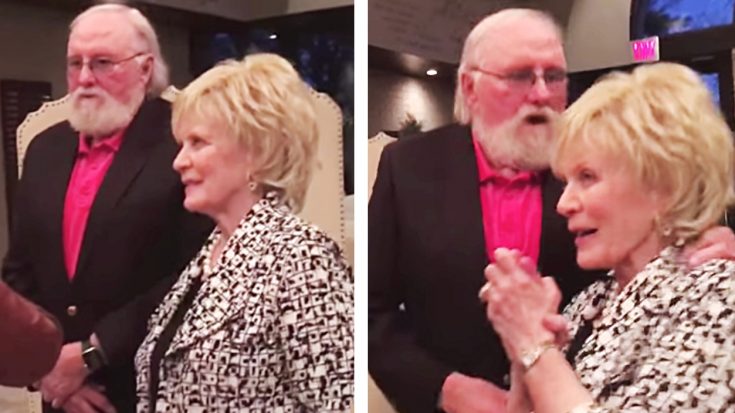 If there’s one person who has made an incredible impact on the music world, it is Charlie Daniels. From his unique sound to his record-breaking achievements, he will go down in history as a legendary act. But even through all his hard work and fame, he has maintained a very humble attitude and this video proves just why.

Daniels’ passion for music was formed at a very young age – being able to play multiple instruments before even graduating high school in 1955. In the 60s, Daniels spent a majority of his time playing guitar and fiddle for legendary artists albums including Bob Dylan, Leonard Cohen, and the Marshall Tucker Band. It wasn’t long before he became a well-known name in the music industry.

ON THIS DAY in 1998, a very surprised Charlie Daniels received the Pioneer Award at the 33rd Annual ACM – Academy of…

Posted by The Charlie Daniels Band on Monday, April 23, 2018

Since then, Daniels has reached over 13.5 million record sales, with nine Gold, Platinum, and Multi-Platinum albums under his belt. The icon has 30 singles that have made their way onto the Billboard charts including his most famous #1 hit, “The Devil Went Down To Georgia.” Following his many successes, Daniels became a Grand Ole Opry member in 2007.

But back in 2016, Daniels got the surprise of a lifetime when he found out he was being inducted into Country Music Hall of Fame. Daniels shared a throwback video on May 19, 2019, of the moment he was told about his induction and his reaction is truly priceless.

The Country Music Association had invited Daniels and his family to their office for a quick photo shoot – or so they told him. The video shows Daniels walking and meeting the CMA CEO, Sarah Trahern as they have a brief conversation.

“So you thought you were going to do a photo shoot. I’m going to tell you that you are being inducted into the Country Music Hall of Fame.”

Within seconds, Daniels and his wife are in shock as he asks “Are you serious?!” before leaning onto his wife. The icon begins crying of happiness, thanking everyone in the room. It was more than obvious how grateful Daniels was for this incredible honor.

What a beautiful and unforgettable memory for Charlie Daniels and his family. You can watch the video below.

The night I found out I was being inducted into the Country Music Hall of Fame and Museum and Dean Tubb caught it all on video. – Charlie Daniels via Twitter (Video from 2016)