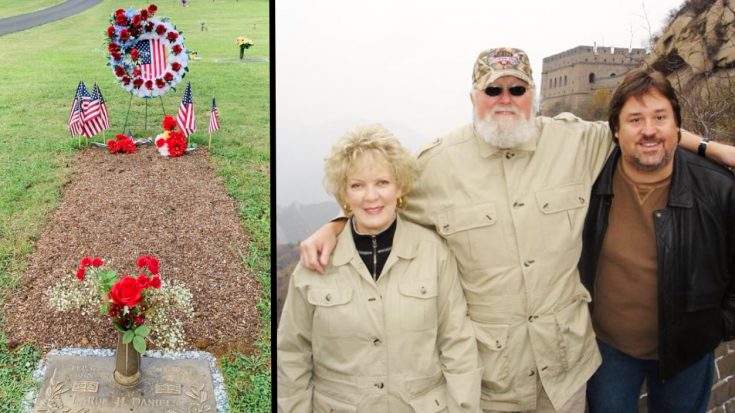 Country music legend Charlie Daniels unexpectedly passed away on July 6 after suffering a hemorrhagic stroke. The 83-year-old singer, songwriter, musician, and devoted patriot was laid to rest on July 10.

Several of Daniels’ famous friends stepped up to perform during his funeral service, including Vince Gill, Travis Tritt, Gretchen Wilson, and Trace Adkins.

The following day, Charlie’s only child, 55-year-old Charlie Daniels Jr., took to the “Soap Box” section of his father’s website to speak about his grief:

“I think it goes without saying, that this has been the worst week of my life, bar none,” Charlie Jr. wrote. “The man I’ve known for 55 years, who, along with my mom, have always been there for me is gone.”

Charlie Jr. said both he and his mother, Hazel, are “still shell-shocked.”

“He was the strongest man I’ve ever known. The best father, the best boss, the best friend I could ever ask for,” he said. “My mom and I miss him terribly.”

Since Charlie passed away, his son has taken the lead in running his social media accounts. Charlie maintained an active presence on social media, especially Twitter, where he shared daily devotions, prayers, and photos of Hazel’s landscaping.

Charlie Jr. has continued to post the same things his father would if he was still alive. But between the devotions, “Good night, Planet Earth” messages, and the pictures of Hazel’s beautiful flowers, Charlie Jr. has shared a few photos of his father’s gravesite.

On July 18, Charlie Jr. said he and Hazel visited the cemetery that day to pay their respects to Charlie. Charlie Jr. thanked the cemetery groundskeepers for maintaining his father’s gravesite by clearing away all of the flowers that wilted.

Mom and I went to visit the cemetery today. Thank you to the grounds keepers for moving all the wilted flowers . 🙏🏻🇺🇸 – TeamCDB/BW #RIPCharlieDaniels pic.twitter.com/08akxvjZBO

Just four days later, Hazel paid another visit to the cemetery. This time she brought a wreath to place on her husband’s grave. The wreath was adorned with red, white, and blue flowers and had an American flag hanging in the center.

“Mom took a wreath to the cemetery today,” Charlie Daniels Jr. captioned a photo of his father’s newly decorated gravesite. “We miss you, dad.”

Mom took a wreath to the cemetery today. We miss you, dad. – CD, Jr. #RIPCharlieDaniels pic.twitter.com/N4T2WnnQlo

We’ll continue praying for Hazel and Charlie Jr. during their time of grief. It’s obvious how heartbroken they are after losing Charlie, who meant the world to both of them.

Charlie and his son always shared a special bond. They even filmed a music video together for Charlie’s song “Little Folks.” We’ve included that video below for you to enjoy.

May Charlie rest in peace.