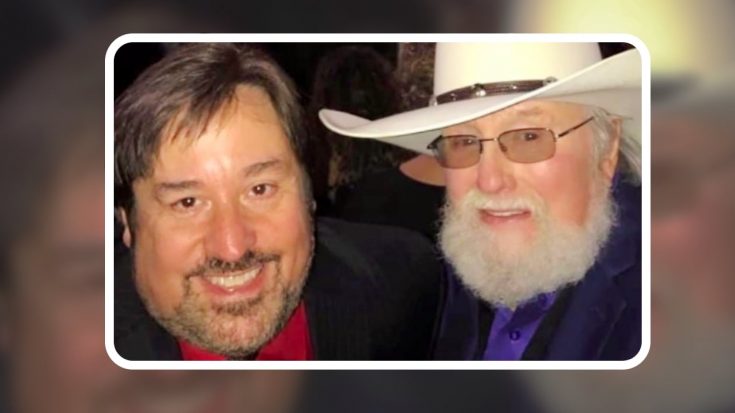 On July 3, Charlie Daniels published what would end up being his final post to the “Soap Box” section of his website. He unexpectedly passed away just three days later on July 6 after suffering a hemorrhagic stroke.

According to a press release, Charlie passed away this morning following "a hemorrhagic stroke." He will be missed.#RIPCharlieDaniels https://t.co/zicn18ZllE

“It wasn’t good. [Someone at Summit Medical Center] told us that dad had a massive stroke, and that because of the blood thinner he was on he wasn’t clotting,”

Charlie Jr. said doctors tried to reverse the effects of the blood thiner in an effort to stop the bleeding. But it was too late.

“But by the time the meds kicked in, they weren’t getting any brain activity,” he said.

Charlie Jr. and his mother, Hazel, said their goodbyes to the man they loved and admired. “My mom and I miss him terribly,” Charlie Jr.  said.

He ended his Soap Box post there, but promised to write a second one in the coming days. Charlie Jr. kept his word, and on July 17, he published a second post about his father’s death.

"Those feelings continued right up to when we pulled into the funeral home as the Mt. Juliet Fire Department had the ladder extended on one of their trucks and an American flag hanging from it." – CD, Jr.
Read more here ➡️ https://t.co/tmlYJDBSet – TeamCDB/BW #RIPCharlieDaniels

This time, Charlie Jr. relayed the events that unfolded in the immediate aftermath of Charlie’s passing. He said the hospital staff and chaplain approached him and Hazel and expressed their desire to honor Charlie with a military-themed “Patriots Honor Walk.”

Charlie Jr. was hesitant at first. Even though his dad was a strong supporter of the U.S. military, he never served himself. When he was called for the draft, he was declared unable to serve due to his poor eyesight.

But the hospital staff assured Charlie Jr. that a Patriots Honor Walk is meant for people like Charlie:

“…they said the Patriots Honor Walk is similar, but for people who were passionate supporters of our country, and our military. One of the nurses on staff who served in the Navy brought an American flag and she draped it over my dad’s body, and the hospital chaplain handed out cards with a beautiful prayer he had written for us.”

Then, Charlie Jr. learned that members of the Mt. Juliet Police Department and the Wilson County Sheriff’s Department were organizing plans to escort Charlie’s body to Sellars Funeral Home in Mt. Juliet.

After Charlie’s body was taken down the hall for his Patriots Honor Walk, Charlie Jr. got in his own car and joined the procession to the funeral home. He spoke about the people who lined the streets to pay their respects to his father, writing:

“But seeing the outpouring of love the American flags waving, the people holding signs saying ‘We Love You, Charlie!’ made me realize I had made a huge mistake.

I should’ve had someone else drive me.

The same tears that are flowing now were flowing even harder as I saw the town I grew up in and went to elementary school, junior high and high school come out to say goodbye to my father, and I was a wreck.”

In conclusion, Charlie Jr. said seeing everyone come out to honor Charlie in such a fashion “made [him] extremely proud to be his son.”

Click here to read Charlie Jr.’s full post about what happened in the immediate aftermath of his dad’s death. Then, tune in to the video below to see what his processional to the funeral home looked like as people lined the streets to pay their respects.

May Charlie rest in peace. Charlie Jr. and Hazel remain in our prayers.