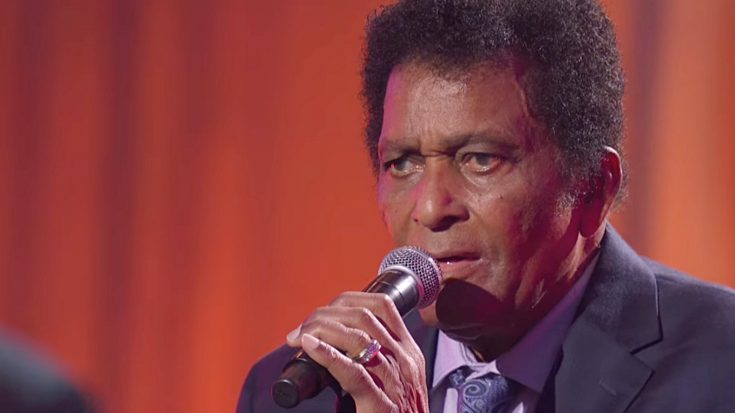 During the 2020 CMA Music Awards, legendary country singer Charley Pride was given the true honor of a lifetime as he was presented with the Willie Nelson Lifetime Achievement Award…but sadly, this would become his final public appearance and performance.

The 54th Annual CMA Awards came live across ABC nationwide from Nashville’s Music City Center and featured a bevy of performances and appearances by many artists both old and new.

“Charley Pride is the epitome of a trailblazer,” Sarah Trahern, CMA Chief Executive Officer said in a press release ahead of the show.“Few other artists have grown country music’s rich heritage and led to the advancement of country music around the world like Charley. His distinctive voice has created a timeless legacy that continues to echo through the country community today. We could not be more excited to honor Charley with one of CMA’s highest accolades.”

Previously, the award had been given to Willie Nelson who it is named after, Kenny Rogers, Johnny Cash, Dolly Parton, and even Kris Kristofferson.

During the awards show, 86-year-old Charley Pride took to the stage to not only sing his beloved song “Kiss An Angel Good Mornin'” with fellow country singer Jimmie Allen but also to accept the award and give a speech that brought millions to tears.

Unbeknownst to anyone watching or attending the event, this marvelous performance would become the final of his life as he would pass just a month later from complications of COVID-19.

The world will never forget a man like him and his legacy will live on forever.