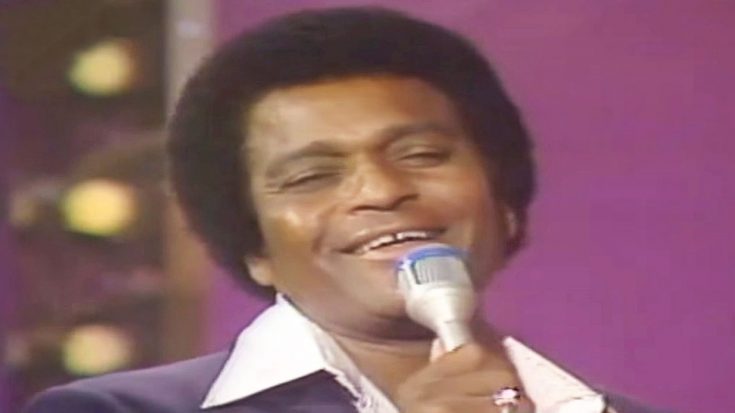 Although Hank Williams was only 29 when he passed away, his legacy has continued for decades longer. His songs have inspired almost every artist in the industry today, especially those who came to prominence within the first few decades after his death.

One artist who has been strongly influenced by Williams is Charley Pride. In 1980, the “Kiss An Angel Good Mornin'” singer released an album containing covers of Williams’ songs to show his appreciation for the legend.

The album was titled There’s a Little Bit of Hank in Me, and topped the Billboard Top Country Albums chart.

In terms of singles, Pride experienced an equal level of success. He released two songs as singles: “Honky Tonk Blues” and “You Win Again.”

During a combined appearance with Tom T. Hall on Pop! Goes the Country in 1981, Pride previewed his renditions of four of Williams’ other songs during a marvelous medley performance.

What was particularly remarkable about the medley was the fact that it was only three minutes long! Pride managed to perfectly fit all of his chosen songs in the medley, giving the studio audience the right taste of each piece.

He Picked Some Good Songs

The songs that Pride sang are sure to ring a bell for you, as they were some of Williams’ most notable works. He opened the medley with a lively rendition of “Kaw-Liga,” which was actually a song Pride had experienced success with long before There’s a Little Bit of Hank in Me.

His live rendition of the tune reached the third spot on the country chart in 1969, and from that moment on the song was forever associated with his name.

In addition to “Kaw-Liga,” Pride also sang “Why Don’t You Love Me,” “I’m So Lonesome I Could Cry,” and “Jambalaya” during his appearance on Pop! Goes the Country. Each and every one of those songs are worth listening to, so check out Pride’s performance in the video below!

Once you get done watching the video, let us know which one of Pride’s covers you liked the best. We can’t decide!