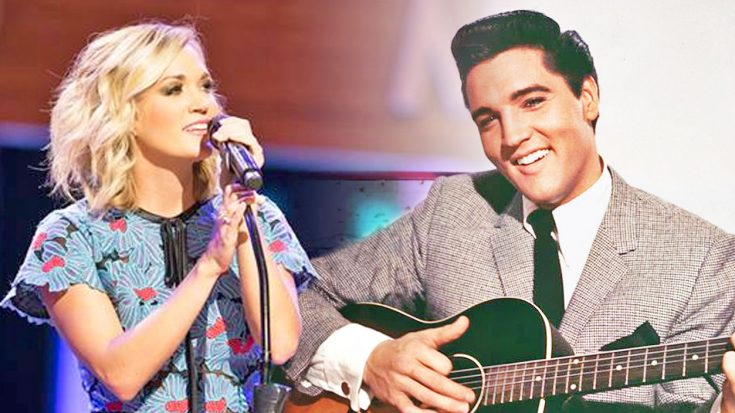 Country music sweetheart Carrie Underwood has had no shortage of iconic duets and encounters, being blessed with the opportunity to collaborate with country legend Vince Gill and the one-and-only Randy Travis early on in her career.

While those names stand out on her vocal resumé, one virtually unrealistic opportunity was made possible by a fan who spliced her version of a song with a rendition recorded by a legend who has passed on.

Underwood joined him on the song “I’ll Be Home For Christmas” and it has become the ultimate holiday ballad we’ve been yearning for.

Presley’s voice opened up the masterpiece with a soulful tone and raw emotion. Underwood transitioned into her own solo, angelically complementing the cool vocals Presley had just delivered.

While we expected to hear their voices in entirely separate lyrics throughout the song, we were pleasantly surprised when their vocals not only overlap the other, but create a beautiful and chilling harmony that leaves us wanting more.

Listen to the duet below.