Burt Reynolds Had A Medical Emergency In Tammy Wynette’s Bathtub 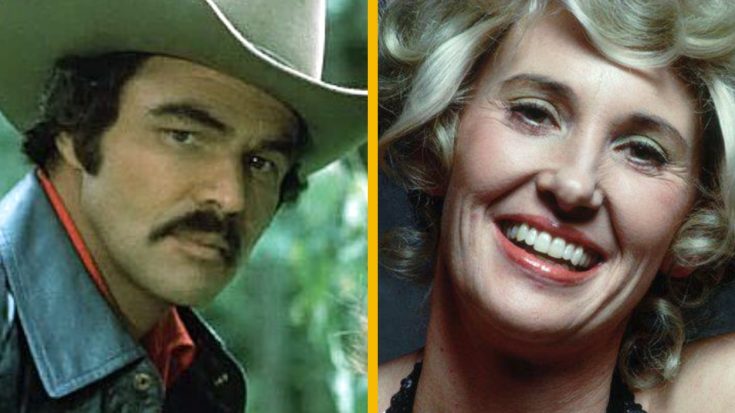 Tammy Wynette and Burt Reynolds had a brief romance in the ’70s, and during that time, the country music singer saved the Hollywood star’s life.

According to Wide Open Country, a 1991 edition of Associated Press first broke the story on Tammy’s heroic act. In 1976, the “Stand By Your Man” singer walked into the bathroom of her Florida residence to find Burt submerged underwater in the bath. The Hollywood star had fallen unconscious while bathing, and if not for Tammy, he would have drowned. The country star quickly pulled Burt out of the water. Later on, Burt was diagnosed with low blood sugar, which most likely caused the fainting spell.

Both Tammy and Burt had a shared love for country music, but the common ground was ultimately not enough to keep the two icons together. Despite the relationship being short-lived, Loretta Lynn perfectly recalls the moment she found out about the fling. In an NPR interview, the country singer explained that Tammy once hid from one of Burt’s movie star exes, Dinah Shore, by hiding in Lynn’s dressing room at a concert.

“She says, ‘Now, you make sure I don’t run into Dinah Shore,'” Lynn remembered.

For more on Burt and his most meaningful relationships, check out the video below.