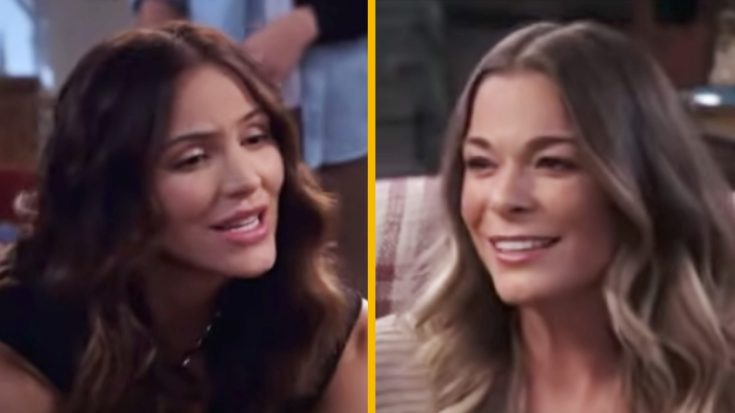 LeAnn Rimes made a special cameo on the new Netflix series, Country Comfort, which stars her husband, Eddie Cibrian.

In the show, Eddie plays a widowed father, Beau, tasked with raising five children. Eddie’s character hires a Bailey, played by former Idol contestant Katharine McPhee, as the family nanny. During episode five, viewers learn that Beau’s late wife was a LeAnn fan, and when the star has a concert in town, Bailey promises to take one of the children to see the show. Unfortunately, sitcom hijinx ensues, and Bailey misses the concert. To make up for her actions, Bailey finds LeAnn and convinces her to surprise the children at their house.

So proud and excited for my hubby @EddieCibrian and the whole CC cast and crew! Their brand new series #CountryComfort is out TODAY on @netflix. They had a “take your wife to work day” while filming, so I got to go play on set 😂 pic.twitter.com/FiW3aFpMTf

When LeAnn shows up at the house, Eddie’s character cheekily remarks how much the star resembles his wife. Eventually, LeAnn ends up singing “I Need You” to help mend fences between Bailey and one of the children.

See LeAnn’s performance in the clip below.