Burt Reynolds, Country Singer? Looking Back On His 1973 Country Album 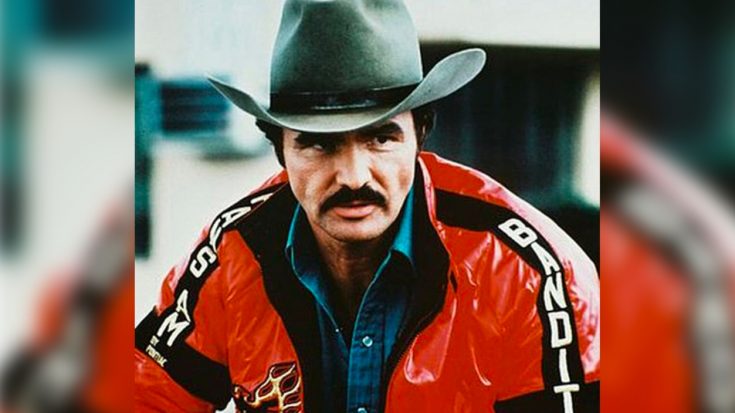 A true Hollywood icon and charming character (both on and off-screen) Burt Reynolds made his name as a movie star – but amid the height of his success, he tried his hand at another art completely.

Reynolds, who was already a superstar and about to hit the biggest run of his career, took time away from his busy acting schedule in 1973 and turned to country music as his next endeavor.

Hot off the heels of his roles as Lt. Dan August in the series of the same name and movies like Deliverance and Fuzz, Reynolds took a break before the release of White Lightning to cut a nearly-forgotten album called Ask Me What I Am.

RIP Burt Reynolds who of course made records, here’s a few and his album gatefold too! pic.twitter.com/iT4YHzIiP7

The album which was cut on Mercury Records was produced by Bobby Goldsboro and Buddy Killen. Goldsboro was a country/pop singer who had hits in both the US and UK. Killen was a well-known publisher and producer who formerly owned Trinity Broadcasting. Later in his life, Killen worked on projects with Rascal Flatts, Faith Hill, Trace Adkins, and Reba McEntire among others.

To say that Reynolds was in good hands was a fair assessment. But, somehow, the album never seemed to take off. Disliked by critics, the song once received an “E+” rating in the wake of its release.

While this album did not help launch Reynolds’ singing career, he did have a musical hit that came in the form of a song from Smokey & The Bandit 2 called “Let’s Do Something Cheap and Superficial.”

Listen to a few of his tracks from Ask Me What I Am below along with his soundtrack recording off Smokey 2.