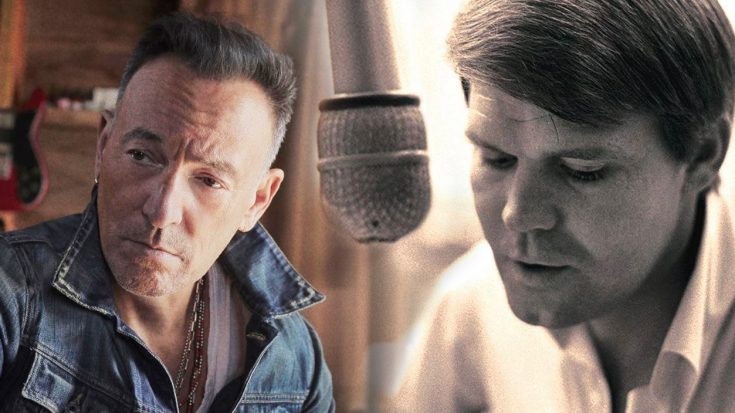 Has The Boss gone country?

Bruce Springsteen filmed a cinematic film version of his lated album, Western Stars, and released it to theaters. Springsteen performed 13 songs in a 100-year-old barn backed by a band and a full orchestra. In between the songs, he also talked about the inspiration behind each song and included archival footage.

The rocker ventured away from his normal sound, but still drew on his roots for this album and film, which he directed and debuted at the Toronto Film Festival. The film includes all new songs like “Hitch Hikin’,” “The Wayfarer,” “Hello Sunshine,” and more. One of the songs in the film, which is not included on the album is Glen Campbell‘s 1975 hit song “Rhinestone Cowboy.”

In December 2018, Springsteen told Variety, “[The] record is influenced by Southern California pop music of the Seventies. Glen Campbell, Jimmy Webb, Burt Bacharach, those kinds of records. I don’t know if people will hear those influences, but that was what I had in my mind. It gave me something to hook an album around; it gave me some inspiration to write.”

While it may seem like a far venture what he normally records, Springsteen makes the classic Glen Campbell song seem like a classic Bruce Springsteen song! His natural grit gives the polished song a rocker edge with an orchestral background.

Take a listen to it below.