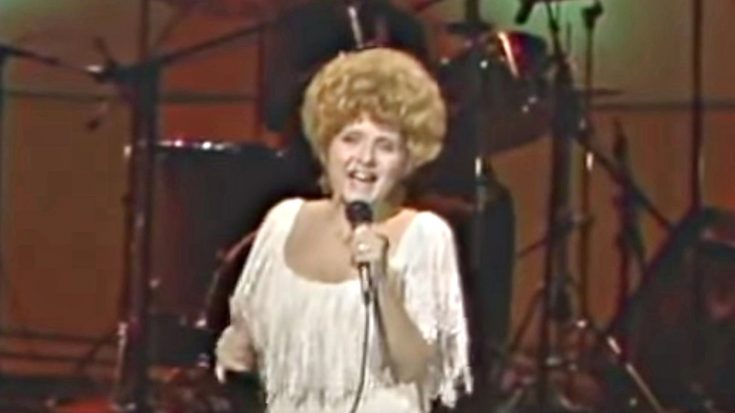 In October of 1958, a small 13-year-old girl stood in a Tennessee recording studio filled with sounds of a saxophone honking and a strumming guitar while she sang a rockabilly Christmas tune that would become legendary…

Released #TDIM 1958 ? Brenda Lee was just 13 when she recorded this festive classic and its jubilant rock 'n' roll perk hasn't aged a day since.

Brenda's original version is the fourth most digitaltally downloaded Christmas single ever.

Released that same year, the most notable single from Brenda Lee,”Rockin’ Around The Christmas Tree” was sent out to radio stations nationwide, but failed miserably only selling about 5,000 copies in all.

The next year, her recording company decided to release it again hoping for better luck with her growing popularity. The new release did better than before, but didn’t even chart and was set to be pulled from shelves.

Most streamed Christmas songs by Female Artists on Spotify

In 1960, Brenda moved past being just a “child star” and experienced a whirlwind of success that she never saw coming. At the forefront of her success was “I’m Sorry” which nailed the No. 1 spot on the Billboard pop chart. Following this, Brenda decided to give “Rockin’ Around The Christmas Tree” another go…

When the Christmas single was release for the third time, sales exploded and it charted in the top 20 that year. The song would go on to reach a peak spot of No. 3 on Billboard’s Christmas Singles just five years later.

Brenda Lee awed a young Elton John, influenced Taylor Swift and had the Beatles open for her. So why doesn't she get more respect? https://t.co/wfrLTfP8GO pic.twitter.com/aVkNiwF7nn

Today, “Rockin’ Around The Christmas Tree” is one of the most-recognizeable and favorite Christmas songs of all time. Over 50 years have passed since it was recorded, and her original version is still selling like hotcakes!

Check out Brenda Lee performing her biggest-selling track during a 1984 TV Special in the video below!