‘Bonanza’ Theme Song Originally Had Lyrics Many Have Never Heard 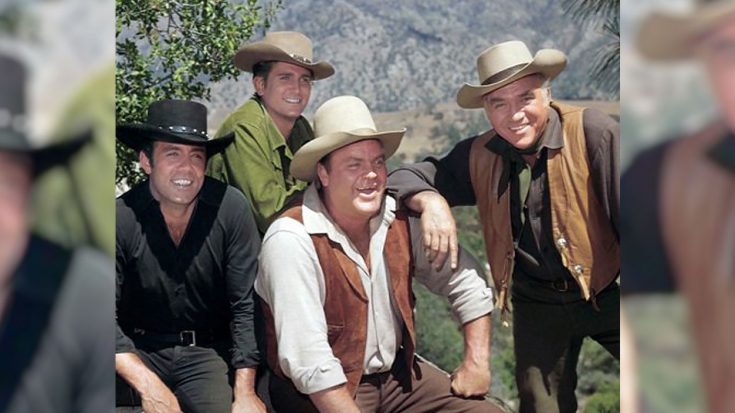 NBC’s classic TV series Bonanza is one of the most widely recognized westerns to have ever been produced. One of the most memorable things about the show was its opening theme song. However, it may come as a surprise to some people that the song itself had some rarely-heard lyrics and changed throughout the run of the show.

The twangy, galloping theme from Bonanza has been recorded dozens of times in various styles, both instrumentally and with vocals. Even within the opening credits of the show itself, the song evolved over fourteen seasons. Horns and percussion changed, tempos were increased, and lyrics were added at one point.

Jay Livingston, partnered with Ray Evans, Billy Mays, and David Rose to create the show’s theme song before the plot, characters, or premise of the show were even created. The four of them wrote the song in one day, then sold it to NBC for $500. The original plan was to have the Cartwrights singing the lyrics while riding their horses in the opening scene. Both the studio and the songwriters thought it was too cheesy so the lyrics were scrapped, and as a result, one of TV’s best instrumental theme songs was created.

Once the show became a hit, at least a dozen different versions of the theme song were recorded and lyrics were added once again.

In 1962, Johnny Cash took the song and rewrote the lyrics with Johnny Western.

Lastly, Bonanza star, Lorne Greene recorded his own version in 1964 which included his own lyrics.

Listen to it below!