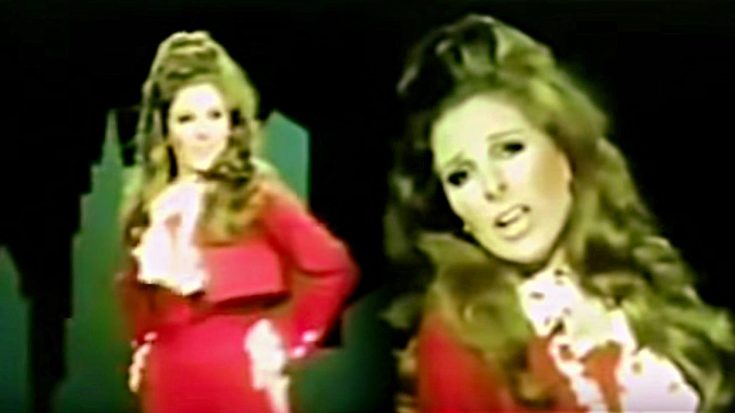 She made a name for herself through her variety of talents that she shared with the world. From being one of the first female artists to compose and produce her own material, to even creating her own line of clothes, Bobbie Gentry could do it all. Her story is unique across the board, but her legacy still lives on to this day.

"Fancy" is my strongest statement for women's lib, if you really listen to it. I agree wholeheartedly with that movement and all the serious issues that they stand for.”Bobbie Gentry ? 1969

The Mississippi-born native had a thing for recognizing her roots through her music. Gentry found her rise to fame when her hit “Ode To Billie Joe” flew across charts both nationally and internationally in 1967. It wasn’t long before the brunette beauty had made a name for herself, winning two Grammy Awards in 1968. The singer/songwriter went on to write eleven chart-topping singles off several different albums.

While many know Gentry for her powerful ballad, “Ode To Billie Joe,” her 1969 song “Fancy” had a similar effect on the world of country music. The style behind the tune is Southern Gothic which reflects her deep southern roots. Gentry wrote the song with a storyline that depicts overcoming the cycle of poverty to find a successful life.

Bobbie's classic self-penned single 'Fancy' was released 49 years ago this week. This Billboard advert used the photograph the LP cover illustration was based on.

The “Mississippi River Delta Queen” – as Johnny Cash called her right before her performance – had a mysterious demeanor that kept fans begging for more. She took the stage in an all red jumpsuit with a white collar and cuffs to match. A high-half ponytail complimented her powerful look as she sang her hit, “Fancy.”

As the beat picked up, Gentry began to dance across the stage while still beautifully gracing the audience with her voice. Her sassy attitude portrayed the perfect storytelling of the song that meant more to her than fans may have thought. In a 1974 interview with After Dark Magazine, Gentry admitted,

“‘Fancy’ is my strongest statement for women’s lib, if you really listen to it. I agree wholeheartedly with that movement and all the serious issues that they stand for – equality, equal pay, day care centers, and abortion rights.”

As Gentry’s stage presence seduced everyone viewing, she got a roaring applause following the performance.