LeAnn Rimes’ ‘Blue’ Was Not Written With Patsy Cline In Mind 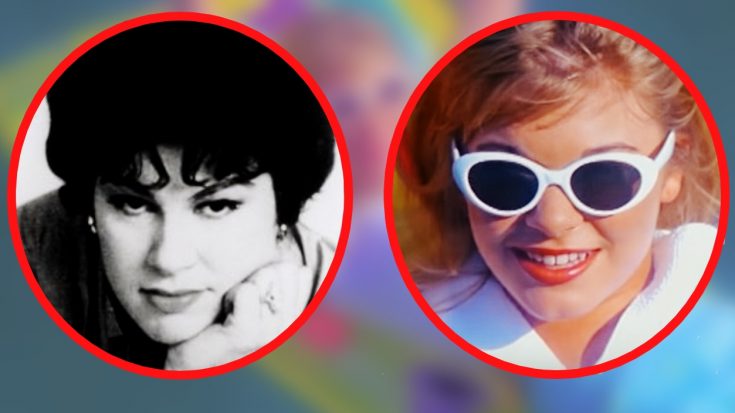 At the tender age of 13 years old, LeAnn Rimes found herself an overnight sensation when her debut single, “Blue,” took country radio by storm. It may have been the 1990s, but for the few minutes the song played, listeners felt like they were tuning in to a country radio station of the classic era.

In fact, the tune has been around even longer than Rimes has been alive.

The Little-Known Long History Behind “Blue”

“Blue” was written in 15 minutes by the iconic singer, songwriter, and radio host Bill Mack, who was also the first to record it. His recording was released in 1958.

The song received favorable reviews, with Billboard describing it as “A slow-tempo, relaxed item, with Mack’s vocal backed by instrumentation featuring a honky tonk type piano. A flavorsome side.”

Despite its decent regional success, the song never took off on a national scale. But as Mack shared in a 2011 interview with Wayback Machine, a DJ named Snuff Garrett felt the song was a “surefire hit for the future,” which motivated Mack to find the perfect voice to fit it.

Finding The Voice To Fit

In 1962, Mack hired a local female singer to record a new demo of “Blue” and waited for the ideal voice to come along. The song was recorded multiple times before it finally fell into Rimes’ lap.

While the version of “Blue” that we all know and love today was recorded by Rimes when she was 13, that wasn’t the first time she sang it. In fact, she first recorded “Blue” two years prior at the age of 11, and included that recording on her 1994 independent album.

When Rimes recorded the song again for her debut 1996 album, it was actually meant to be the B-side to her first single.

But many radio DJs were more interested in it than the A-side, so it was made her first single instead. The song was a crossover success, and led to Mack winning the 1996 Grammy Award for Best Country Song.

It may have happened nearly four decades after he first released “Blue,” but Mack had finally found the perfect voice to make it a hit.

The Tale You Thought You Knew…

But there’s still one more thing about “Blue” that is perhaps the most talked-about part of its history. It’s a random trivia fact you’ve likely told your friends and family members many times before. And it’s also entirely false.

You see, when people heard the song’s old-school style and Rimes’ well-suited voice, they were instantly reminded of an artist with a similar sound…Patsy Cline.

There’s no denying that “Blue” sounds exactly like something Cline would have recorded during her heyday. Because of this, country fans far and wide have told the story of how Mack wrote the song with Cline in mind, but she never recorded it.

However, this tale is more fiction than fact. While it is true that the track was pitched to Cline via her husband Charlie Dick in 1962, Mack has continuously denied that he wrote it specifically for her.

In a 1997 interview with The Fort Worth Telegram, Mack denied the often-told story. “I didn’t write it for Patsy. I never wrote one for anybody,” he said.

He once again made an effort to dismiss the tale in his autobiography Bill Mack’s Memories from the Trenches of Broadcasting. In it, he maintained that he never had Cline in mind while writing the song.

Why Do People Still Believe This?

Despite Mack’s many public denials, the story of how Rimes’ hit song “Blue” was once intended for Cline is still widely believed today.

The belief is surely heightened by the fact that Rimes has frequently expressed her admiration for Cline and her music.

So proud of our ACA rehearsal. It's going to be a magical moment, at least for this Patsy Cline lover.

During the American Country Awards in 2013, Rimes fought back tears as she performed a breathtaking medley of some of Cline’s greatest songs. When you listen to her voice glide through hits such as “Crazy” and “Sweet Dreams” in the video below, it’s easy to understand why you and many other country fans may have believed that “Blue” was meant for Cline before it was ever in Rimes’ hands.

Even though that long-told tale couldn’t be further from reality, there is one thing about “Blue” that will always ring true. It’s a classic, and forever will be.