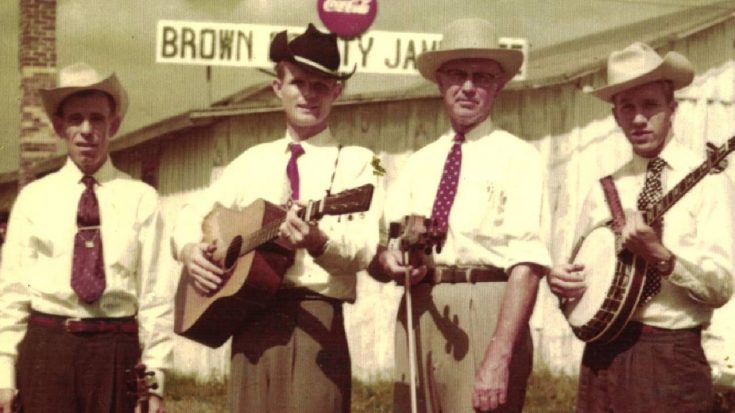 One of the men who is considered a pioneer of the bluegrass genre has sadly passed away at the age of 88.

According to Bluegrass Today, his former bandmate Harley Bray confirmed the musician passed away “about a week ago,” making his death be around January 11.

Cravens was well-known in the bluegrass world, having been a part of several different bands and even being a friend to the “Father of Bluegrass” himself, Bill Monroe. Cravens started his musical journey on the banjo, but switched to rhythm guitar early on.

In 1955, he and three brothers – Francis, Harley and Nate Bray – formed a band after meeting at a square dance. Early in 1956, the band became a fixture on The WBLN Hillbilly Jamboree, but the group broke up when Harley and Nate joined the Army.

Cravens began playing rhythm guitar for fiddle contests in Indiana and met Birch Monroe, Jerry Walker, and Kyle Wells. This foursome quickly became the house band at the Brown County Jamboree park and used the name The Boys From Martinsville.

Here’s another photo that shows the late great Robert “Red” Cravens, guitarist with the Bray Brothers.

Because of his close relationship to Birch Monroe, Cravens befriended his younger brother, Bill Monroe, and learned all he could about bluegrass, even accompanying the legend at some of his shows.

Although his career in the bluegrass genre was about 15 years, Bluegrass Today calls him a “pioneer” and says he made an “important contribution to its development during the early days.”

Harley Bray remembered his bandmate by saying, “Red Cravens was the best rhythm guitarist I ever played with.”

Red Cravens lived out his final years in Santee, California, which is in San Diego County. May he rest in peace.