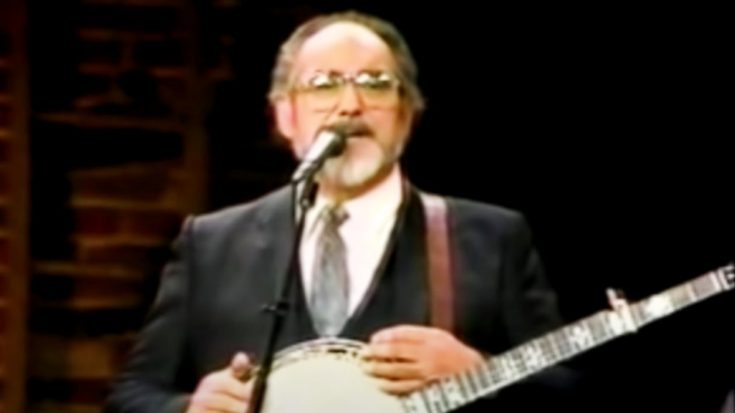 The bluegrass world just lost one of its greatest musicians.

Sonny Osborne and his brother, Bobby, formed the bluegrass duo the Osborne Brothers in the 1950s. The duo is most well-known for recording the original version of the now-iconic song, “Rocky Top.”

The Osborne Brothers became members of the Grand Ole Opry in 1964 and were inducted into the Bluegrass Music Hall of Fame in 1994. They continued playing together until Sonny retired in 2005.

Sonny remained a champion of bluegrass music even after he retired. He wrote a weekly column for Bluegrass Today called Ask Sonny Anything, in which he spoke about the importance of maintaining the traditional bluegrass sound. He also spoke about other musicians that he enjoyed listening to.

On Wednesday (October 20), Bluegrass Today announced the temporary suspension of Sonny’s Ask Sonny Anything column. The reason for the suspension was because Sonny had suffered a stroke on August 16, and it had “taken a great toll on him.”

Bluegrass Today expressed their hope that Sonny would “snap back” and be able to resume writing his column soon.

Sadly, Sonny’s condition worsened, and he passed away on Sunday afternoon (October 24). Bluegrass Today confirmed the news. He was 84 years old.

We’re deeply saddened with the passing of Hall of Fame member Sonny Osborne. Sonny was an innovator and creative genius on the banjo. Our sincerest condolences to his family & friends. Read his inductee bio here: https://t.co/0OmkRYOSvz

Sonny’s fellow artists were heartbroken when they learned about his death. He earned tributes from many big names, including Rhonda Vincent, Nitty Gritty Dirt Band co-founder John McEuen, and The Grascals.

“Ours [sic] hearts grieve from the passing of Sonny Osborne,” Rhonda wrote in her emotional tribute to Sonny. “He and his brother Bobby are the greatest influence of our music as The Osborne Brothers. We tried to emulate their harmonies and instrumental arrangements. They became friends and mentors and one of my lifetime highlights was when they joined me for our performance at the Ryman Auditorium where this photo was taken. He was an innovator of a unique banjo style — bold and outspoken, and seldom revealed his soft hearted side. Sending my love and prayers to his entire family. Rest In Peace Sonny.”

You can honor Sonny’s memory by watching him perform in the video below.

Our hearts and prayers go out to Sonny’s family and friends during this sad time. He may be gone, but his legacy will live on through the music he left behind.