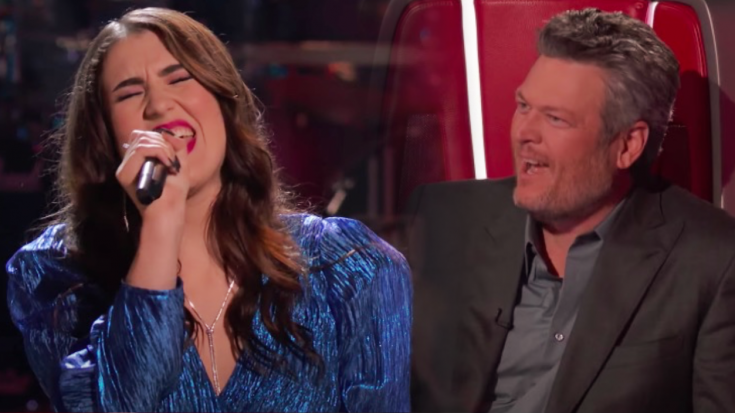 Even if a Voice contestant loses their knockout, there’s still a slim chance they’ll be able to remain on the show. Each coach gets to use one “steal” during the knockouts, meaning they can take a contestant from another coach if that contestant was otherwise going to be sent home.

During Season 18, Blake Shelton used his one and only knockout steal on an artist who wowed the coaches and viewers with her performance of a John Prine classic…”Angel from Montgomery.”

The late singer-songwriter penned “Angel from Montgomery” and released his original recording in 1971. Numerous cover versions followed, with the most famous rendition coming from Bonnie Raitt.

Raitt released her recording of “Angel from Montgomery” in 1974, and it remains one of her signature songs.

The Voice filmed its knockouts prior to Prine’s death on April 7, 2020. But with his recent passing still fresh in the viewers’ minds, it was especially emotional to hear Team Legend’s Joanna Serenko sing “Angel from Montgomery” during her knockout performance.

She competed against Zan Fiskum, who performed “The Story” by Brandi Carlile. Both artists delivered impressive performances, leaving Legend with a challenging decision to make.

In the end, he picked Fiskum as the winner of the battle, leaving Serenko available to steal.

Shelton and Nick Jonas wasted no time in attempting to secure the 18-year-old Ohio native for their teams. It seemed like Jonas would have the edge, because Serenko had previously been a member of his team.

But Shelton made a convincing argument. When explaining why he wanted to use his only knockout steal on Serenko, he said, “Joanna, I have believed in you since the second you stepped on to the stage here at ‘The Voice.'”

Shelton managed to win Serenko over, and she chose him as her new coach! Check out the video below to watch her knockout performance and Shelton’s steal.