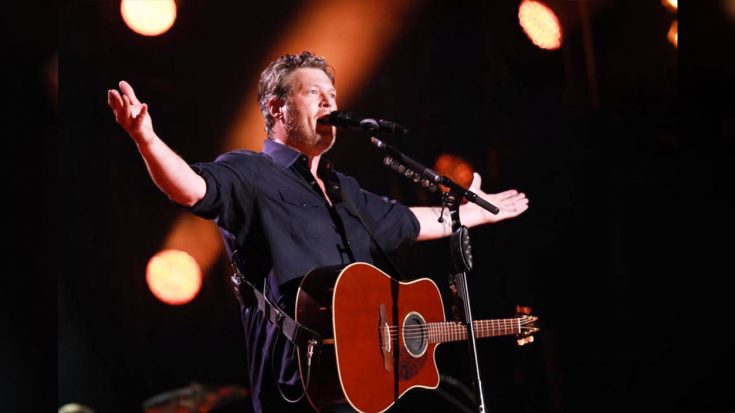 Country superstar Blake Shelton just announced on Wednesday, July 8,2020, that he has a drive-in concert debuting July 25, 2020, at over 300 locations across the country.

The concert, presented by Encore Live, will be pre-taped and aired across the country in order for people to adhere to social-distancing guidlines while still enjoying a concert-like experience.

“This is such a great way to enjoy music with your family and friends and stay safe. I’m excited we’re getting the chance to perform a concert for fans and we’re going to go back and play old hits like ‘Austin,’ newer songs like ‘God’s Country’ and we might even introduce something brand new! So fill up those popcorn tubs and get ready for some country music!”

Enjoy exclusive cinematic concert experiences from the world's most iconic musicians safely from your car. This is Encore #DriveInNights. . . . Text ENCORE to 888111 to get exclusive show announcements and updates! 10 Msgs/Month. Reply STOP to cancel, HELP for help. Msg&data rates may apply. Terms & privacy: slkt.io/70pm

A single ticket will be sold at $114.99 and will grant entry to a car, truck or SUV containing up to six people.

Also included in the one-night-only show are interviews and storytelling from Shelton and his special guests. The event will follow the same format as Garth Brooks’ drive-in theater concert back in June, 2020. After the success of Brooks’ concert, where the country star entertained over 350,000 fans across North America, Encore decided to launch a series of concerts done the same way.

Watch the video below to see a concert viewers perspective on how fun the drive-in shows can be.