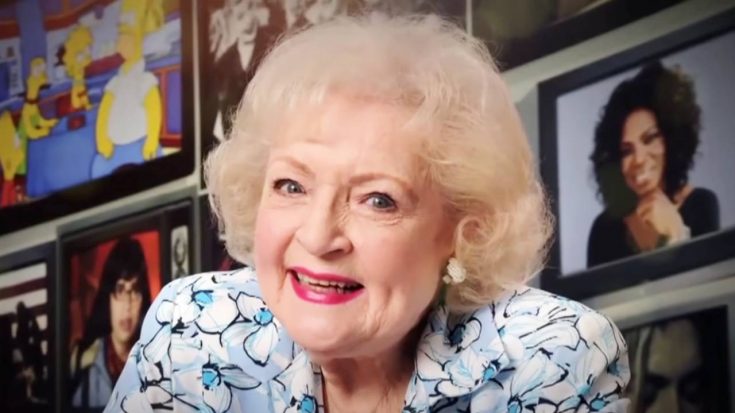 The legendary Betty White passed away on December 31, 2021, just 17 days before her 100th birthday. Her close friend and agent Jeff Witjas released the following statement shortly after news broke of White’s passing:

“Even though Betty was about to be 100, I thought she would live forever,” Witjas said of his friend and client. “I don’t think Betty ever feared passing because she always wanted to be with her most beloved husband Allen Ludden. She believed she would be with him again.”

Over the next couple days, rumors began swirling about how she passed away, since she seemed to be in good health. Witjas released another statement shutting down those rumors.

“Betty died peacefully in her sleep at her home,” he said. “People are saying her death was related to getting a booster shot three days earlier but that is not true. She died of natural causes. Her death should not be politicized — that is not the life she lived.”

White’s fans are very passionate and are paying tribute in any way they can, including putting flowers on her star on the Hollywood Walk of Fame.

Betty White's star on the Hollywood Walk of Fame. ❤️

On her 100th birthday, fans participated in the #BettyWhiteChallenge by donating money to animal shelters. “If someone has a desire to do something in her honor, you can support or donate to one or more of her favorite charities or even donate to a local animal charity of your choice,” her agent said.

Now, days after her 100th birthday, NBC has announced that a one-hour special dedicated to Betty White will air on January 31st and will be available on Peacock the next day.

Titled Celebrating Betty White: America’s Golden Girl, the special will “include clips that best capture White’s irreverent tone, spirit and impeccable comedic timing that are a hallmark of her decades-long career,” according to NBC.

We will be tuning in, will you?