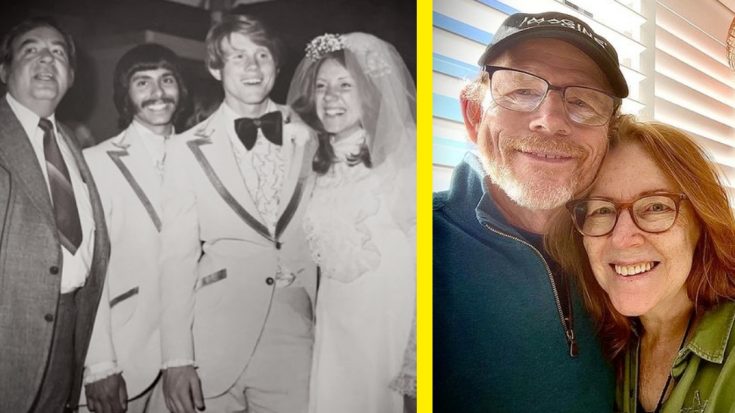 World-renowned actor and Oscar-winning director Ron Howard is one of the most recognizable faces in Hollywood today.

One of the many standout facts from Howard’s life: he’s been with his wife, Cheryl, since high school, and the two celebrated their 46th wedding anniversary on June 7, 2021.

Ron met Cheryl during his junior year of high school, and he was sure that she was the woman he’d spend the rest of his life with.

The two went on to get married and have four children together: a son named Reed, twin daughters named Jocelyn and Paige, and Jurassic World star Bryce Dallas Howard.

So, what’s their secret? According to Ron, a strong marriage is all about communication.

“People say, ‘How’d you do it?’ There’s no technique. There’s no tactic other than communication is really important. You have to learn to communicate and have difficult conversations in constructive ways,” says Howard.

Howard also says there’s no denying that the happy couple got lucky. “Beyond that, there’s an element of luck because people either grow together or they don’t and I don’t think you can force that.”