Before He Was Famous, This Young Pop Star Stunned With One Sensational Cover Of ‘Sweet Home Alabama’ 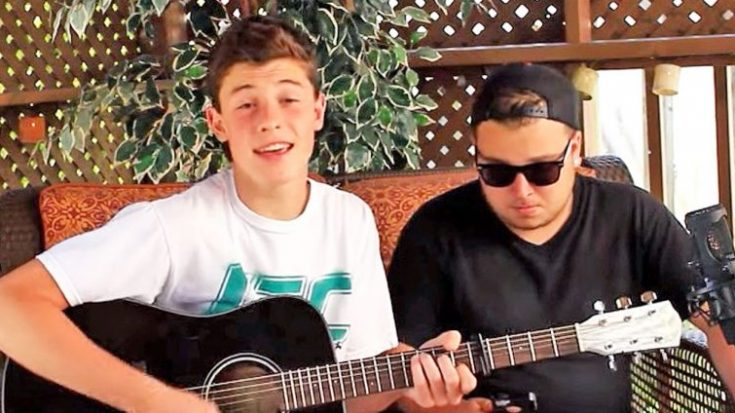 At only 18 years old, Shawn Mendes is one of the biggest pop stars in the world. With hit singles under his belt such as “Stitches,” “Mercy,” and “Treat You Better,” Mendes is well on the way to experiencing a long-lasting and successful career.

It all started back in 2012 when Mendes started watching YouTube tutorials to learn how to play guitar. A few months later, Mendes started posting his covers on the social video app Vine, and waited to see what would happen.

We’re sure that Mendes never could have imagined the response that his videos received. He gathered millions of views and followers in no time at all, eventually making him the third most-followed musician on the app.

In addition to his Vine covers, Mendes also shared longer cover videos on other social platforms, including YouTube. Back in 2013, he sat down with his friend Scotty and ended up delivering a sensational cover of a Lynyrd Skynyrd classic.

Apps, social media, and digital music were all far in the future when Skynyrd released “Sweet Home Alabama” in 1974. At the time, we bet no one in the band ever thought that fans would be sharing cover videos of the tune decades after its release.

Today, “Sweet Home Alabama” has sold over three million digital downloads, making it Skynyrd’s best-selling digital song. Due to the song’s popularity, it has been able to inspire whole new generations. That’s something that can be seen in the hordes of young Skynyrd fans who continue to cover the song, including Mendes.

What makes Mendes’ cover truly remarkable is the fact that he recorded it when he was only 14 years old. He showed incredible command of his range during his cover, which was perhaps the most impressive part of the whole thing. There were a few occasions where he let his voice soar way up there in the rafters, all without it wavering or breaking.

Mendes’ friend jumped in with him on occasion, providing a few interjections here and there for added affect. But Mendes was clearly the star of the show!

Fast forward to now, and Mendes has released two studio albums, both of which topped the Billboard 200 chart. We think it’s safe to say that he has a bright future ahead of him.

You can catch Mendes’ cover of “Sweet Home Alabama” in the clip below. After watching this, it’s really no wonder why he’s so successful today. Keep up the good work!

Lynyrd Skynyrd is hitting the road one last time and coming to a city near you this spring – don’t miss your chance to say goodbye! Tickets WILL sell out fast for this legendary final tour, get yours now by clicking here!