In 2018 Interview, Priscilla Presley Says It Was Impossible To Save Elvis 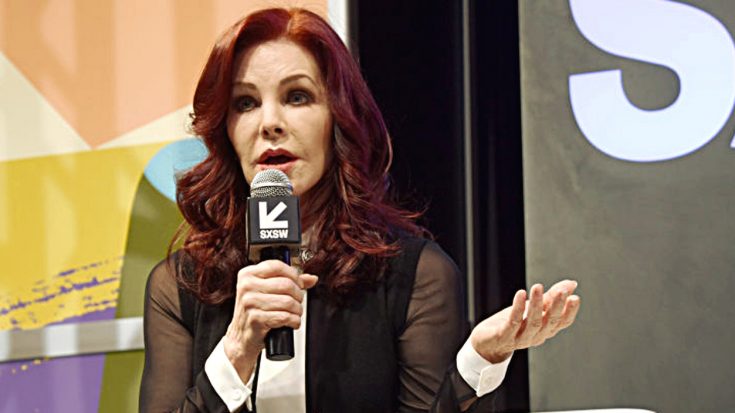 Priscilla and Elvis Presley were divorced by the time of his passing in 1977, but their friendship never ended. After Elvis passed, Priscilla took it upon herself to keep his legacy and music alive.

Because of Priscilla, Elvis’ Graceland estate has turned into a major U.S. tourist attraction. Every year, hundreds of thousands flock to Memphis to visit the place where “The King” once lived.

Celebrate the beginning of the Christmas season at Graceland with two star-studded events on November 15! @ScottyMcCreery and @MartyStuart will flip the switch on Graceland’s Christmas lights at the annual Holiday Lighting Ceremony, which will also feature a special performance by Scotty. Immediately following the ceremony, the world premiere of @HallmarkChannel’s Original Movie “Christmas at Graceland” will be held on the Graceland Soundstage. Learn more at Graceland.com/Christmas. . . . . . . #elvis #elvispresley #graceland #christmas #lightingceremony #scottymccreery #martystuart #hallmarkchannel #hallmarkoriginalmovie #countdowntochristmas #kelliepickler #wesbrown #holidays #mansion #memphis #ilovememphis #choose901

In addition to all of that, Priscilla keeps Elvis’ name in history by championing new and remastered releases of his songs. She also provides her assistance and knowledge to a number of films, including a documentary.

Learning Even More About Elvis

Titled Elvis Presley: The Searcher, the documentary is produced by Priscilla herself. It focuses on his final recording sessions, which took place in Graceland’s famed Jungle Room.

Of course, it’s hard to mention Elvis’ final days without touching on his passing and the events that led to it. While the film does not dwell on such things, they are not be ignored either.

During an interview with Fox News, Priscilla spoke of the spiral that Elvis got tangled up in. She things all started back in his Army days.

“They gave them to the soldiers over there to keep them awake…so the pills were given to the guys and that’s how he started…and if you take a sleeping pill, you have to do something to get yourself awake…he was in uncharted territory…“

After growing accustomed to using pills in the Army, Elvis’ use got worse and worse until it was eventually out of his control. It was also out of the control of anyone in his inner circle.

No One Could Do Anything

In a shocking confession, Priscilla revealed her belief that it would have been impossible for anyone to save Elvis. She said he would just refuse to listen:

“People go, ‘Well, why didn’t anyone do anything?’ Well, that’s not true. People there in the inner group did, but you do not tell Elvis Presley what to do. You did not. I mean, you’d be out of there faster than a scratched cat.“

Although he may be gone, Elvis’ legacy lasts through each and every recording he made, especially those he did during his final Jungle Room sessions. Priscilla’s new documentary offers an intimate glance at those sessions, which all Elvis fans will surely appreciate.

You can learn even more by watching the clip below.