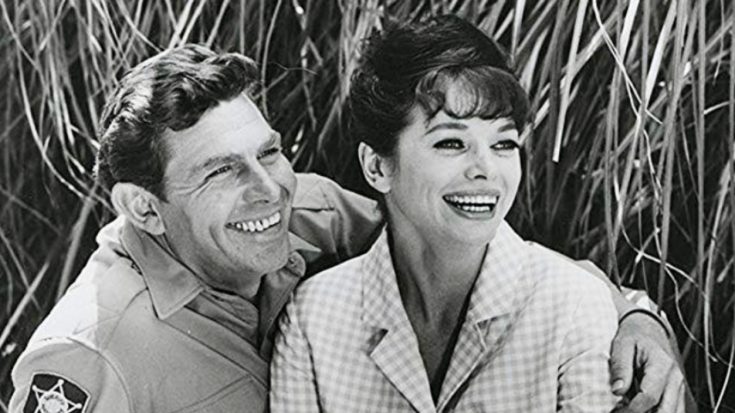 “I miss Mayberry!” the Rascal Flatts declared in a The Andy Griffith Show inspired song from the band’s sophomore album Melt. After the past year, an escape into the simplistic life of a small town sounds pretty good! After all, the worst thing that could happen to you on The Andy Griffith Show was eating one of Aunt Bee’s homemade pickles.

The Andy Griffith Show ran for eight seasons and highlighted the innocent joys of small-town living, but under the surface, the main cast harbored their share of scandalous secrets. Most notably, Griffith—who played Sheriff Andy Taylor—struggled with his “peculiar nature” and relationships with women. The television star blamed himself for the departure of Andy Taylor’s first love interest, Elinor Donahue.

“Andy couldn’t get enough of Aneta. Eventually, he proposed, even though he was already married,” Daniel de Visé wrote in his book, Andy and Don: The Making of a Friendship and a Classic American TV Show.

The actress turned down Griffith’s proposal, but the lovebirds did eventually marry on-screen. In the Mayberry R.F.D. spinoff, Andy and Helen wed, had their first baby together, and moved away from Mayberry, accompanied by Andy’s first son, Opie.

Even the wholesome town of Mayberry could not escape the messy dramas of real life! Still, The Andy Griffith Show offers a sweet escape from reality and will remain a classic for years to come!