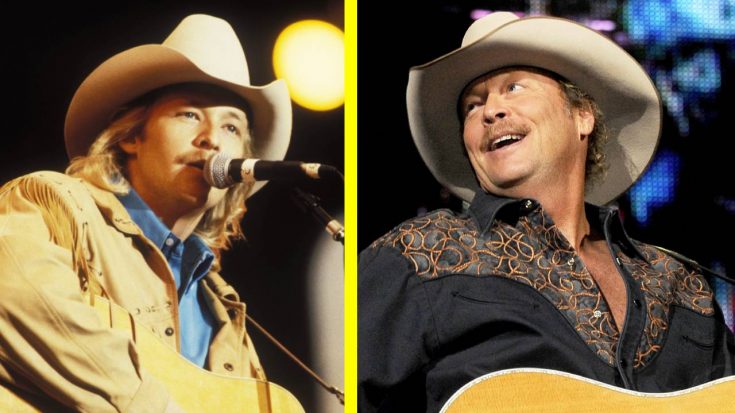 On September 21st, CMT announced the five country singers that will be honored at their CMT Artists of the Year ceremony. Those five artists are Carly Pearce, Cody Johnson, Kane Brown, Luke Combs, and Walker Hayes.

CMT producers said, “We’re honored to recognize the incomparable Alan Jackson as this year’s CMT ‘Artist of a Lifetime.’ For almost forty years, his traditional sound, iconic voice and beloved catalog of music has captivated audiences across the globe and his talent as a recording artist and songwriter are simply unmatched. From his early beginnings in Newnan, Georgia, to selling out the world’s largest stages, Alan has led fans on a musical journey with quiet and humble determination. As his songs continue to inspire generations of fans, we are privileged to celebrate his lifetime of accomplishments.”

According to Billboard, Alan Jackson released the following statement after finding out about the honor.

“I believe I’ve made more videos than just about anybody, and I know how important they have been in bringing my songs to life for the fans, so thank you CMT for all the years and for this sweet honor. I’m very proud.”

As Alan Jackson fans, we can definitely agree with his statement – his music videos are incredible and very memorable!

Congratulations to Alan Jackson on this well-deserved honor! The CMT Artists of the Year ceremony will be held on Friday, October 14th at 9/8c. We’re excited to see how Jackson will be honored!

Spending the whole day admiring our #CMTAOTY Artist of a Lifetime @OfficialJackson ?