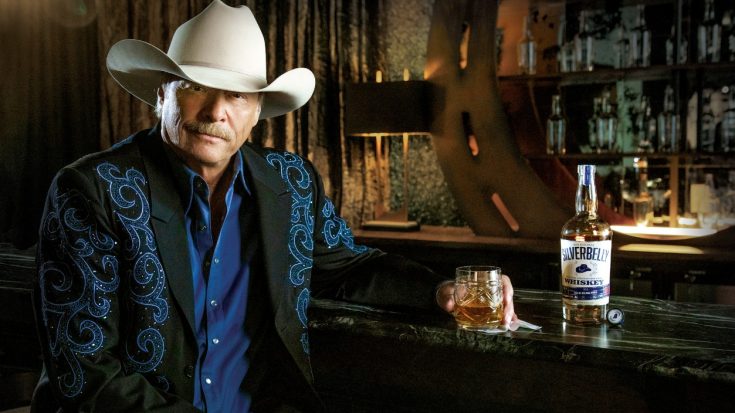 The man who sings the song “It’s Five O’Clock Somewhere” has officially announced on Wednesday (June 22) that he’s launched his own signature brand of alcohol called Silverbelly Whiskey.

The new whiskey was formed by a partnership that came together with Alan Jackson, Silver Screen Bottling Company, and DSP-KY-10.

The whiskey was named after the famous country music singer’s legendary white hat he’s known for wearing every time he hits the stage. The technical color of the hat, however, is not actually white, the technical term for its color is called “silverbelly,” and that’s where the name of the new drink comes from.

Alan’s team says that each batch number will have one of Alan’s iconic hit songs on it with the first batch having his first hit, Here in the Real World, which was released in 1990.

Silverbelly Whiskey has “an aroma of brown sugar, sweet apple, cherry, honey, and a taste that’s sweet smooth, and spicy; bright fall fruits with a light, silky texture on the mid-palate; soft caramelized oak tones are met with a savory wood spice on the finish,” according to Outsider.

Alan Jackson celebrated the release of his new whiskey by posting a video to Facebook of him and a friend at his AJ’s Good Time Bar located on Broadway in Nashville.

While Alan sang Jerry Lee Lewis’ “Whole Lotta Shakin’ goin’ On,” his friend showed off some epic dance moves. They were clearly having a great time – all thanks to Silverbelly Whiskey!

“I opened the first bottle of Silverbelly; this is what happened,” Alan’s post said. “Silverbelly – for the Good Times.”

Watch The Video Below