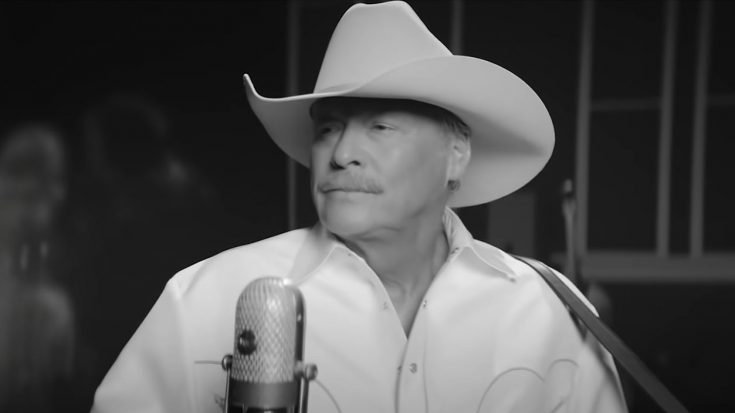 Alan Jackson’s latest music video was released on Thursday, September 23, 2021.  It features the ghosts of country icons Johnny Cash, Patsy Cline, Merle Haggard, George Jones, Hank Williams, and Tammy Wynette. Created for his song, “Where Have You Gone,” the black and white video was filmed at Nashville’s historic Ryman Auditorium.

At first, Jackson is onstage alone, surrounded by instruments heard on classic country records. The lyrics he sings are a plea for true country music to return and by the end of the first chorus, Jackson is joined onstage by ghostlike figures of legendary country artists who have died.

During an interview with Hits Daily Double, the country icon shared his thoughts on the current landscape of country music and he didn’t sugarcoat things.

“Country music is gone and it’s not coming back. It’s like the 1980s again. I’m 62 years old; I’m not some 30-year-old stud. It’s not the same, but somebody has to bring it back, because it’s not just people in their 50s, it’s people in their 20s, too. All the kids and young people around my house? The older they’ve got, the more hardcore and traditional what they’ve leaned into has become.”

In the very last line, Jackson mournfully sings, “The airwaves are waiting, please come back home.”  The video captures the passion Jackson has for traditional country music in a unique way.