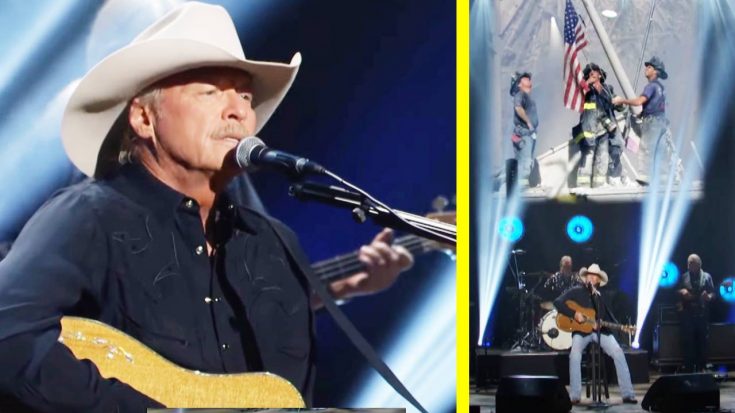 After the September 11th attacks in 2001, many people tried to come to terms with what happened, including Alan Jackson. The country legend channeled his feelings into a song titled “Where Were You (When the World Stopped Turning).”

He premiered the song at the 2001 CMA Awards, before he even recorded the track. He wasn’t even sure he wanted to record it because he didn’t want to profit from the tragedy.

He eventually did record it and it is now considered one of the best country songs of all time. 20 years later, Jackson took the stage to perform “Where Were You (When the World Stopped Turning)” for the 2021 National Memorial Day Concert in honor of the upcoming 20th anniversary of the September 11th attacks.

Toward the end of the song, the iconic photo of the firefighters raising the American flag came on the screen. Jackson turned around to look at the photo and gave it a salute as he walked off the stage.

PBS’ National Memorial Day Concert not only paid tribute to the military members who made the ultimate sacrifice, there was also a sections where they paid tribute to the 9/11 Gold Star Families and those who lost their lives that day. The tribute, which took place from Ground Zero, was narrated by actor and former firefighter Steve Buscemi.