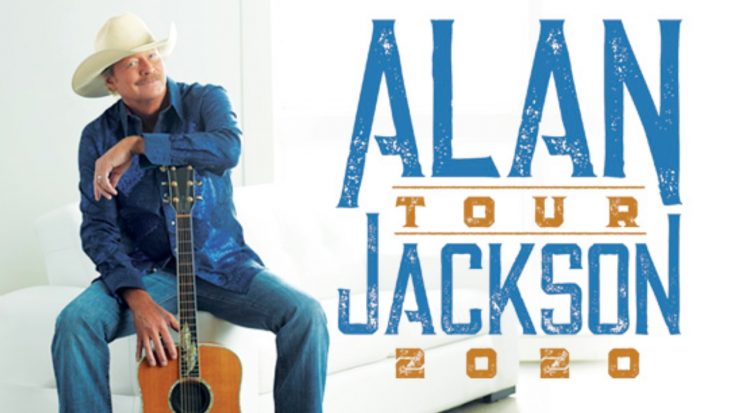 The three-time CMA Entertainer of the Year, who is one of the best-selling musicians of all time, is hitting the road in 2020! Jackson will be playing arenas and festivals beginning January 10 until October 3.

Currently, he has 18 dates, but promises that more shows will be added. The tour is momentous for several reasons, one being that he is making his return to Stagecoach Festival for the first time since its 2007 inaugural year! This tour also marks his first show in Nashville since 2017 when he played a free show for Nashville Predators fans prior to Game 3 of the Stanley Cup Finals.

Jackson will be joined on the tour by special guests that are yet to be named, as well as some rising stars who regularly play at his Nashville honky tonk, AJ’s Good Time Bar. By going to an Alan Jackson concert in 2020, not only will you watch a country legend perform 30 years worth of hits, but you might just witness the next big artist open up for him!

Artists who’ve been on one of their “first big tours” with Alan include Brad Paisley, LeAnn Rimes, Sara Evans, Chris Young and, more recently, Jon Pardi and Lauren Alaina.

Check out all the dates below.

Will you be seeing Alan Jackson on tour in 2020?