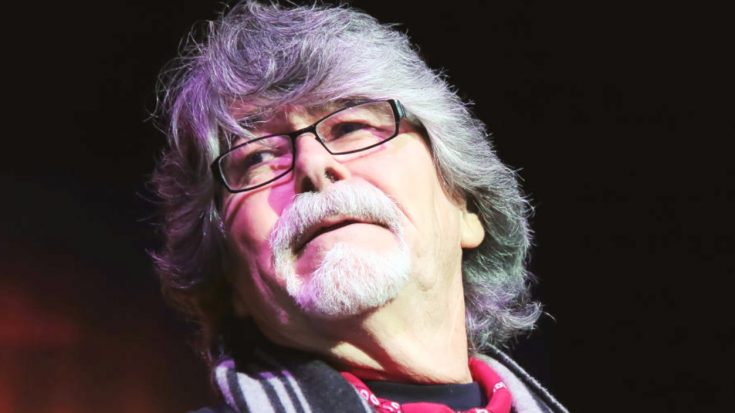 Every so often, you see photos of your favorite country singers sporting the same t-shirt. The shirt features a simple, but profound statement…”This shirt saves lives.”

The shirts are designed to benefit St. Jude’s Children’s Research Hospital. Stars like Darius Rucker have spoken about the importance of the shirts, saying, “It stands for children who are fighting for their lives every day.”

Now, this is one of my favorite shirts… It stands for the children who are fighting for their lives every day at @StJude. Please join me in the movement and get your shirt here: thisshirtsaveslives.org

There’s a good reason why country stars are so devoted to St. Jude. Three decades ago, one of the genre’s most iconic figures founded a program called Country Cares to bring artists, radio stations, and industry leaders together to raise money for the hospital.

Because of his efforts, country music has been dedicated to the cause ever since. The artist we’re talking about is, of course, Alabama‘s lead singer Randy Owen.

The Man Who Started It All

Over the course of Country Cares’ thirty years, the program has raised over $800 million to help benefit St. Jude and its patients. None of that would have been possible without Randy, which St. Jude recognized in the most honorable way imaginable.

During a press conference, Randy learned that as the founder of Country Cares, he was being honored by St. Jude with a patient room named after him:

“The most important thing I’ll ever do, apart from being a father and a husband, is helping children at St. Jude,” he said. “Over the past 30 years, I’ve watched children at St. Jude grow up to be happy, healthy adults. This room dedication shows that the country music industry has made a true impact, and I’m glad I could be part of that.”

Performance Brings On Flood Of Emotions

In addition to leading the event, Randy also performed along with artists Clint Black, Jake Owen, and Michael Ray. After the other artists sang, Randy would step up and speak for a brief moment before the next performance.

However, one performance left him so emotional, attendees said he had to leave the stage. It came from Jake, Michael, and Clint, as they sang one of Alabama’s most well-known hits, “Lady Down on Love.”

The two singers’ remarkable performance struck a chord with Randy, who could be seen crying on stage in front of everyone watching. He tried to wipe away his tears, but it became clear he wasn’t going to be able to get his emotions in check.

Randy left the stage at the conclusion of the cover, still crying, in an effort to pull himself together. You can watch the performance that prompted his emotional response in the following clip.

Just goes to show how music has the power to move you, even if it’s your own song.

This performance didn’t mark the first time that Alabama’s music was used in connection with St. Jude. In 2017, Scotty McCreery led an entire cast of country stars in a performance of Alabama’s “Angels Among Us,” which was created to raise awareness for the hospital.

The video was given an extra emotional touch, as real St. Jude patients starred alongside the country singers. You can watch it below.

Congratulations to Randy on being recognized for his longtime devotion to such a worthy cause. He is more than deserving of all of the honors he has received.

"Angels Among Us" Music Video – United In Voice