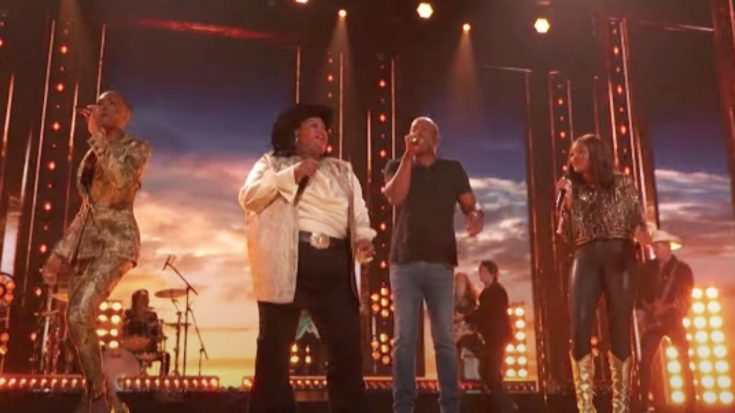 The country trio Chapel Hart made quite the impression when they auditioned for the 17th season of America’s Got Talent. They performed their feisty original song, “You Can Have Him Jolene,” and earned the judges’ group golden buzzer.

Their performance caught the attention of country legends such as Dolly Parton and Loretta Lynn. The Grand Ole Opry also reached out to the group and asked if they’d like to make their Opry debut.

As recipients of a golden buzzer, Chapel Hart advanced straight to the semifinals. During that round they sang another original song, “The Girls Are Back in Town.”

This time the group’s fate was left in the viewers’ hands. They had nothing to worry about, because viewers voted them through to the finale!

Chapel Hart competed against 11 other acts in the finale. On night one they performed another original songs of theirs, titled “American Pride.” On night two, they joined forces with Hootie and the Blowfish frontman/country singer Darius Rucker for a collaborative performance.

Rucker and Chapel Hart covered Bonnie Raitt‘s classic hit, “Something to Talk About.” Chapel Hart started off singing on their own and Rucker joined them onstage midway through their performance.

Fellow finalist and country singer Drake Milligan joined the group near the end of the song. His collaborator, Jon Pardi, also came onstage to sing with the group.

Head to the 2:20 mark in the video below to watch Chapel Hart sing “Something to Talk About” with Rucker during the AGT finale. We can’t wait to hear more from this talented trio in the future!