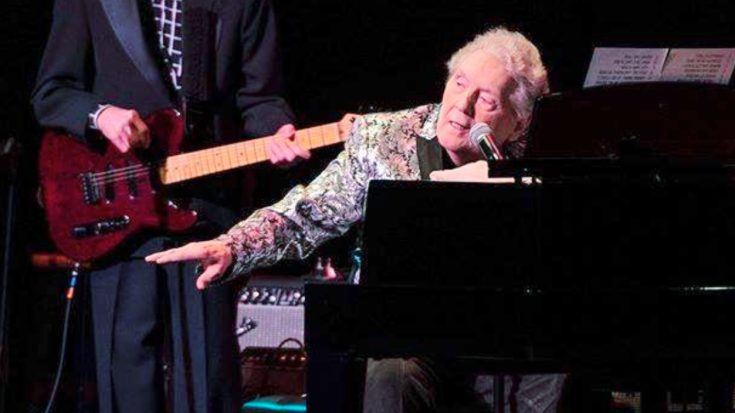 On March 1, 2019, Jerry Lee Lewis’ team made an announcement that frightened his fans.

Many worried that it would have significant health effects on him for years to come. Others even wondered if he would be able to recover.

“Last night, Jerry Lee Lewis suffered a minor stroke,” his Facebook post read. “He is with his family, recuperating in Memphis and the doctors expect a full recovery.”

Just over three months later, Lewis left the medical rehabilitation facility where he’d been working toward a full recovery. WCMA Action News 5 reporter Joyce Peterson shared a sweet photo of Lewis and his wife Judith at home after leaving the facility.

After 3 months in rehab following a stroke, 83-year-old Jerry Lee Lewis (seen here yesterday w/wife Judith), is now back home. His publicist says The Killer will soon be in the studio recording a new gospel album. https://t.co/ZcjNWQKhNk
📸: Jim Hagmaier pic.twitter.com/PvVw7kKxf5

Although his team continuously described the stroke as “minor,” it was actually more serious than they let on. According to a new Rolling Stone article, the stroke left him with major mobility issues and his close friends and family weren’t even sure if he’d survive.

Lewis, however, was more concerned about being able to play the piano again. The three months he spent in rehab was to focus on relearning how to walk and to work on gaining the use of his right hand again. Even though he left rehab, he couldn’t use his right hand the way he wanted to, which meant his piano playing ability would be affected.

Almost a year after the stroke, Lewis decided he was ready to see if he could still make music, so he booked time in a recording studio to begin work on his gospel album in January 2020. The album was something his team said he’d be recording ASAP when they revealed he had a stroke.

There was a piano in the studio, which Lewis asked his producers to remove because he didn’t think there was any way his right hand would be able to play. He said he just wanted to sit on a barstool and sing a bit. Instead, they left the piano in there and something incredible happened.

While sitting at the piano, Lewis touched his right hand to the keys and his fingers began to move like he hadn’t seen in over a year.

Lewis spent the next two days recording gospel music with Lee Ann Womack and the McCrary Sisters singing backup. His producer, T-bone Burnett could not believe his eyes or ears.

“I was in shock, for starters, that we were even there,” says Burnett. “He went from saying, ‘I can’t play piano,’ to sitting down, picking up his right hand and playing. His family all welled up. That’s the power of love, you know?”

The man who goes by the nickname “The Killer” says during his recovery, he was ready to “bow out, get out of the way, make room for somebody else.” Thankfully, according to producers, he’s back to playing like his old self again.

It’s unknown when this gospel album he just recorded will be released, but we are just happy to hear that he is back to feeling like himself again. Next up for The Killer? He wants to be inducted into the Country Music Hall of Fame.