After Guitar String Breaks During Performance, Hank Jr. Proves How Much Of A Bad Ass He Is 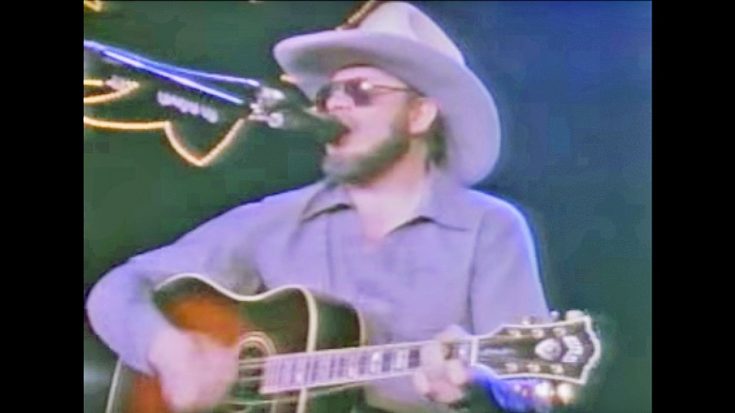 The show must go on!

Entertainers are trained from the beginning of their careers to pretend like nothing happened during a performance, even if the worst has. Hank Williams Jr. proved that he had many years of this exact training under his belt when his guitar string broke in the middle of singing his hit song “Country Boy Can Survive” many years ago.

The song itself is about persevering against all odds. With lyrics like, “We’re from North California and South Alabama/ And little towns all around this land/ And we can skin a buck, and run a trotline/ And a country boy can survive, country folks can survive” – it is hard not to puff up with pride.

The performance was going off without a hitch – Bocephus fans were cheering as a loud as ever, at some points even becoming louder than the singer himself! As most Hank Jr. fans know, he never performs a song the same twice, so it’ll be fun to see if you can spot the change in lyrics he makes throughout the performance.

He got through almost the entirety of the song, but due to his intense picking and strumming, one of his guitar strings breaks. He played it off like a pro – not even acknowledging that something was even remotely wrong. Hank Jr. continued strumming, even though the chords were a little off because of the missing string, but he closed the song out stronger than ever with a fierce vocal riff, followed by endless applause and cheer from his rowdy fans.

Watch the completely badass moment below.