After 50 Years, Jimmy Buffet Will Finally Make His Opry Debut 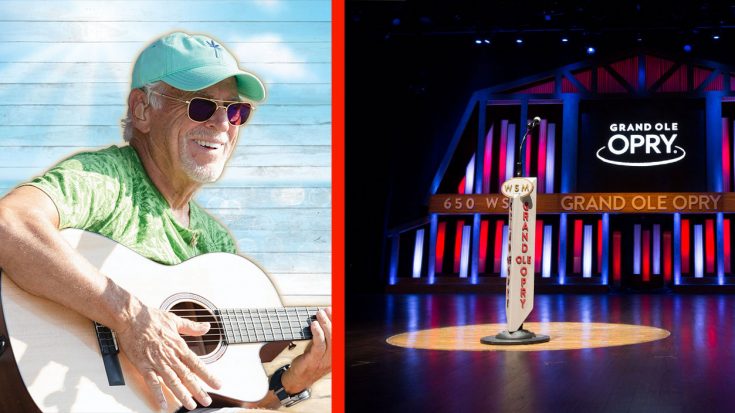 It’s unbelievable that someone as successful in country music as Jimmy Buffet has never performed at the Grand Ole Opry.

Join us on June 27th as @jimmybuffett steps into the Circle for his Opry debut alongside Opry member @bradpaisley and @macmcanally for the 4,930th broadcast of the Saturday Night Grand Ole Opry Show on @circleallaccess!

With his career spanning nearly six decades, Buffett will perform during the upcoming Saturday, June 27 broadcast for the first time. The performance will mark the Opry’s 4,930th consecutive Saturday night transmission and comes just after Buffet dropped his new album, Life On The Flip Side.

#flipsidefriday Album is available TODAY. Hope you love it!

Throughout its 90 years of existence and miraculously never missing a Saturday show, the Opry has had six homes. The Opry started out at National Life & Accident Insurance Co. in November 1925, moved to Hillsboro Theatre in October 1934, to Dixie Tabernacle in June 1936, to War Memorial Auditorium in June 1939 and then the Ryman Auditorium in June 1943. It settled in its current Grand Ole Opry House in March 1974. The Opry has resided at The Grand Ole Opry House longer than any previous home.

Just a couple more weeks until the Grand Ole Opry returns to our #Opry House home, complete with our 6-foot circle of wood from the original @theryman stage. ❤️ . . . . . ? @phillipmccreight

Watch the video below to learn more about the world-famous Grand Ole Opry.