Donny Osmond Hit By Semi-Truck While Driving On Freeway 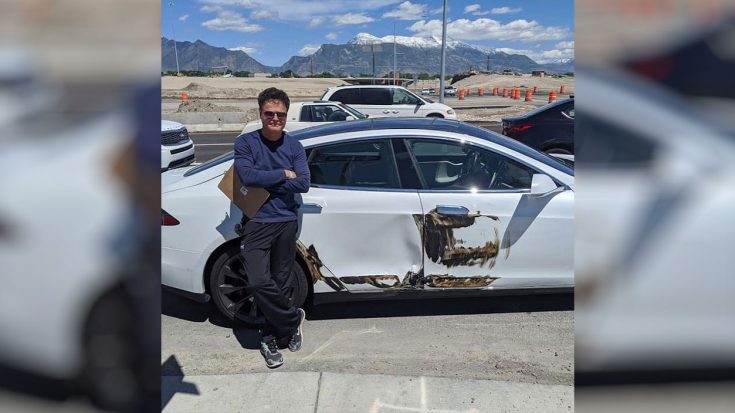 On June 10, 2020, Donny Osmond posted a picture to his Instagram page of him leaning up against his freshly wrecked Tesla Model S on the side of the freeway. According to his post, he had an encounter with a semi-truck.

“My Tesla had a messy encounter with a semi-truck today. I’m grateful to report that no one was hurt.”

My #Tesla had a messy encounter with a semi truck today.😬 I'm grateful to report that no one was hurt.

This isn’t the first time the multi-talented, 62-year-old has been involved in a car accident. Just last year, Osmond was driving through Utah in the snow when his car slid off the road and hit a tree. Fortunately, nobody was injured.

It’s snowing like crazy here in Utah, and guess who decided to hit a tree? 🤦🏻‍♂️ Luckily no one was hurt. Jackie at Martin’s Collision said she will help me out. Thanks Jackie! #mlkday2019

Accidents happen and we’re glad Osmond is okay and still able to keep singing, and entertaining.

One of his biggest achievements was the 1998 Disney film, Mulan where Osmond plays the character, Li Shang and sings the song, “I’ll Make A Man Out Of You.”

Listen to the song below.