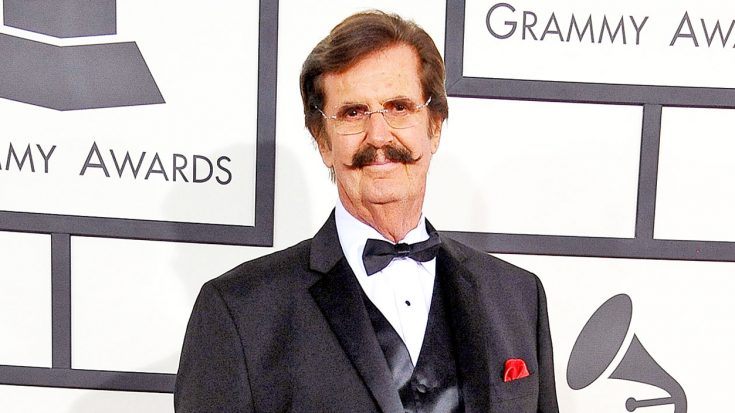 Born on January 31, 1932 in Mississippi, Rick Hall’s life got off to a rough start. His mother abandoned him and his sister when he was only four years old, leaving his father to raise them with the help of his grandparents. It was during this early stage in his life that Hall began to develop a passion for music.

As a child, Hall was able to play the guitar, fiddle and mandolin. Once he reached his teenage years, Hall performed in local bar bands after working as an apprentice toolmaker during the day.

This love for music would follow Hall through his whole life. Eventually, he would go on to become one of the most influential figures in the entire music industry, with his company selling an estimated 350 records.

In 1959, Hall co-founded Fame Publishing company in Muscle Shoals, Alabama. He co-founded the company along with Tom Stafford and Billy Sherrill, with the latter going on to produce and write songs for George Jones and Tammy Wynette. Artists of all genres worked with the company from the start, including Brenda Lee and Roy Orbison.

The Fame studio in Muscle Shoals also had its own rhythm section known as the “Swampers.” The group was featured on a song that would go on to become an American anthem…Lynyrd Skynyrd’s “Sweet Home Alabama.” Other hits that Hall scored through Fame came courtesy of artists such as Ronnie Milsap, Ricky Van Shelton, and Alabama.

In later years, Fame and Hall became known for helping to champion major chart hits such as John Michael Montgomery’s “I Swear” and Time McGraw’s “I Like it I Love It.” While Fame always welcomed artists of all genres, country stars perhaps worked with the company the most, with artists such George Strait, Martina McBride, and Kenny Chesney being a few who did.

Hall’s major accomplishments and contributions to the music industry were recognized when he was inducted into the Alabama Music Hall of Fame in 1985. He received additional recognition in 2014, which was when he was named as the Grammy Trustees Award winner for all of his hard work.

Despite his age, Hall remained an active member of the music industry. Sadly, his health started to decline over the course of the past several months, and he passed away on Tuesday (January 2).

Rolling Stone confirmed the news of Hall’s death. He was 85 years old. Survivors include his wife, Linda, and their three sons, Rick Jr., Mark, and Rodney.

Because of his connection to Muscle Shoals and the music industry there, Hall has come to be known as the “Father of Muscle Shoals Music.” We think that’s a fitting title for someone as influential as him.

Our thoughts and prayers go out to Hall’s family during this sad time.