A Look At Tim Allen & His Wife’s Love Story 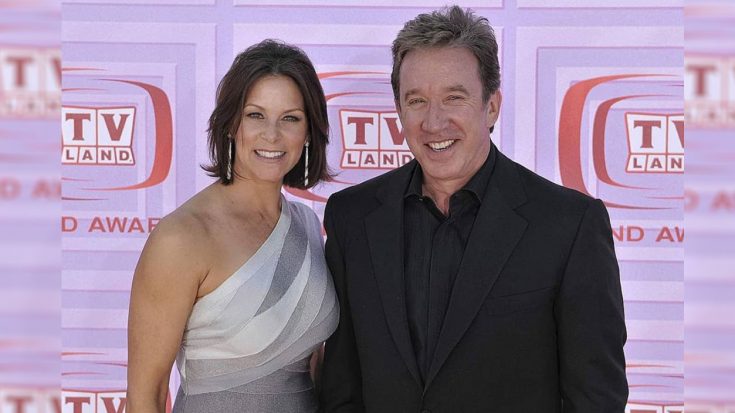 Few Hollywood relationships can rival that of Tim Allen and his wife Jane Hajduk. The celebrity couple have been married now for 14 years and have one daughter together.

Before they got married on October 7, 2006, in Grand Lake, Colorado, Allen and Hajduk dated for five years. The two of them even appear on-screen together in three early century films: Joe Somebody (2001), Zoom (2006) and The Shaggy Dog (2006).

So what makes their relationship as special as it is? Allen opened up about the ways in which his marriage with Hajduk is different than his first marriage. In an interview with Closer Allen shared that entering rehab for alcohol abuse in 1998 forced him to reevaluate his priorities and relationships.

“I’m not the same guy I was the first time [I was married], when I was hiding and doing what people who drink too much do. I was not connecting. But I’ve been sober for almost 20 years. I’m much more present.”

As the father of two daughters in real life, Allen went on to tell Closer that he feels a strong affinity with his character in Last Man Standing. Allen plays the lead role whose character Mike Baxter is very definition of a family man who “has three daughters, so his whole vision is through his treasure, his girls.”  Patricia Richardson who played Allen’s wife in Home Improvement talked about how well suited he is for the role in his latest show, “Tim gets to fully be the loving father and husband he is, which is so genuine in him. It’s what makes him so lovable.”

Watch the video below of Allen on the Kelly Clarkson Show, talking about other ways he focuses on his family.