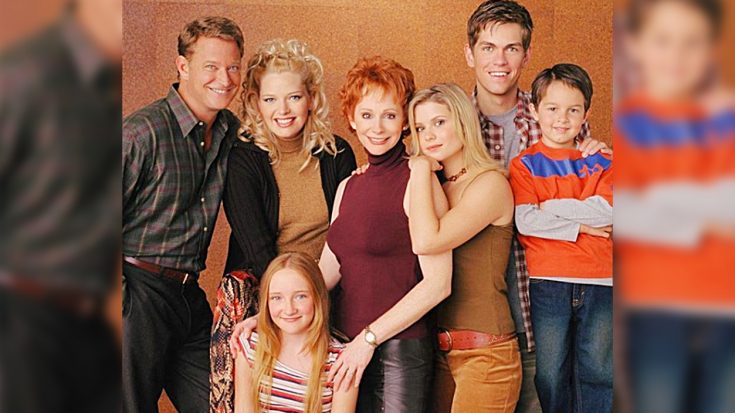 Reba fans have had their fingers crossed for years in hopes of a “Reba” reboot, and rumors have swirled about the possibility.

In a new interview with Taste of Country Nights, Reba admitted she “would love to” do another sitcom saying:

“I’d even like to do a reboot of the Reba TV show. That would be a lot of fun, because we had so many stories we were wanting to tell when they canceled us, so we were shocked. We had no idea why they canceled us. We were a huge success, so it was a head-scratcher for us. So to come back now … that amount of time, that time spread, we’d have a lot of stories to tell.”

In March 2018, Reba teased fans with an Instagram photo of a few of the “Reba” cast members, Melissa Peterman (Barbra Jean), Christopher Rich (Brock Hart), and of course Reba McEntire herself (Reba Hart). She captioned the photo, “Now all we need is the rest of the REBA cast!!”

The popular sitcom aired from October 5, 2001 to May 5, 2006 on the WB, and on the CW network from November 19, 2006 to February 18, 2007. The series followed the story of McEntire’s character, Reba Hart, as she picks up the pieces, and tries to navigate her new life after her husband leaves her for his younger dental assistant, Barbra Jean.

Wow! 18 years ago today, the #Reba show debuted! How I loved our fun times together! Thanks to all the fans who are keeping the show alive!

Although Reba and Barbra Jean’s relationship began on a sour note, eventually Barbra is able to win her over, and they end up being each other’s confidants and friends.

The two actors’ friendship continued off-screen as they grew close. Even after the show wrapped, Reba and Melissa Peterman have remained the best of friends. They often share photos on their social media from joint vacations, outings, and award shows.

In an Instagram video, the duo revived their Reba characters for a new skit about staying home and social distancing.

Reba took to Twitter on April 29, 2020, to reminisce about the time on the Reba show that Barbra Jean pulled her on a karaoke stage to sing Dolly Parton’s “9 to 5.”

Reba captioned the post, “Remember that time Barbra Jean dragged me on stage to sing 9 to 5? Thank God for social distancing…”

Remember that time Barbra Jean dragged me on stage to sing 9 to 5? Thank God for social distancing…and @DollyParton! @Followtheblonde pic.twitter.com/XX3o8DdPSr

Watch Reba talk about doing a “Reba” reboot in the interview below.