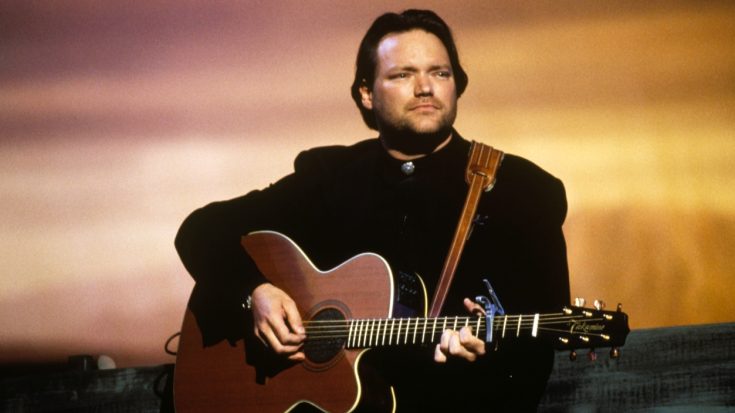 This cherished and beloved chart-topping singer opened up about the unexpected diagnosis on social media in a video he posted that had both he and his wife speaking openly.

In his heyday, country music sensation John Berry scored more than half-a-dozen Top 10 hits including fan favorites like “Your Love Amazes Me,” “What’s In It For Me,” “You and Only You,” and “I Think About It All The Time” among others. He has cut more than 20 studio albums and has sold millions of records worldwide.

The Signs That Something Was Wrong

The 59-year-old singer and his wife, Robin, have been performing together for more than two decades and she often sings backup for him.

They just recently wrapped up their 22nd year of their annual Christmas Tour, but when the tour was just starting to get rolling, Berry admits that he noticed “a little catch” in his throat that felt like he had a peanut skin had gotten stuck. But, it never seemed to go away.

After a few rounds of steroidal treatments and doctor visits, he says that the condition didn’t improve at all.

His wife, Robin, says that his singing wasn’t affected whatsoever. They put him through one more round of antibiotics and steroids, but when they closed out the Christmas Tour and returned home – she pushed him to go visit a specialist.

Merry Christmas! May the peace found in knowing Jesus fill your heart and home. JB

Once they got to the Ear/Nose/Throat specialist, he took one look down Berry’s throat and “he didn’t like what he saw at all.”

The next step was a cat scan where the discovered Berry had two tumors located in his tonsils. After removing both tonsils, the doctors sent the tumors for a biopsy. Both tumors came back as cancerous.

“You don’t see fear on these faces,” Robin said in this upbeat and positive video.

They both say that Berry is undergoing treatment, they have a set plan of action, and they are maintaining their trust in God to get them through this difficult obstacle.

Berry’s cancer, he says, is one of the most treatable types with a very high cure rate. Both he and his wife are welcoming the love of fans, friends, and family through any way they’d like to contact him.

“Please keep us in your thoughts and prayers.” the video says in the end.

And that’s exactly what we are going to do! We are sending all the love in the world and praying for John and Robin during this difficult time.

Watch their candid and video about his diagnosis below and join us in praying for a quick recovery.