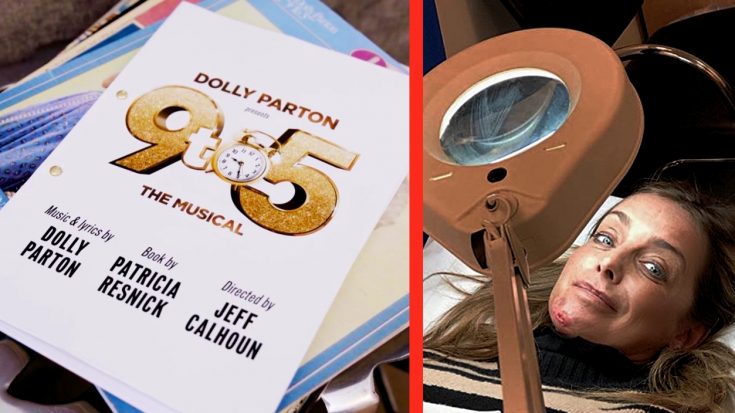 Just days before the highly-anticipated show is supposed to open in London, a starring actress of Dolly Parton‘s world-famous musical was injured so badly that she has been forced to step down from her role in the production.

“9 to 5 The Musical” will be opening on January 28th, 2019 without one of its leading actresses who was poised to take the role of Violet Newstead (Originally played by Lily Tomlin.) Now, an understudy will be filling in the role.

The 44-year-old mother of two, Louise Redknapp, shared a quick post an image of her bloodied face after a horrific fall in the street that sent her straight to the hospital.

The upcoming West End show put on by Dolly Parton herself was in the final stages of preparation for their opening night when Redknapp opened up about not being able to perform in the show – but it was left open-ended as to whether she would return at some point.

“It breaks my heart to say I am having to take some time out and won’t be able to continue with my role in 9-5. Due to a nasty fall, I have only gone and fractured my wrist and got 10 (yes 10) stitches in my chin,” she wrote below a photo of her stitched-up face.

Learn , learn , learn ??? @9to5themusicaluk head down In my script , come on violet we got this x

Redknapp along with other London-based stars Amber Davies, Natalie McQueen, and Brian Conley were cast in the brand-new musical based on the original 1980 movie that starred Parton.

Written by the original film’s screenwriter, Patricia Resnick, this musical is filled with everyone’s favorite moments and hijinks – but in a whole new, live format.

“The brilliant Louise Redknapp has suffered an injury this week and is having to delay her start date to join the show. We all send our love and can’t wait to have her back!”

Sending all our ? to @louiseredknapp and we can't wait to have her back!

Our thoughts and prayers are with Louise Redknapp during this time and we hope to see her back on the stage again really soon!

Watch the official trailer for the announcement of London’s West End production of “9 to 5 The Musical” below.