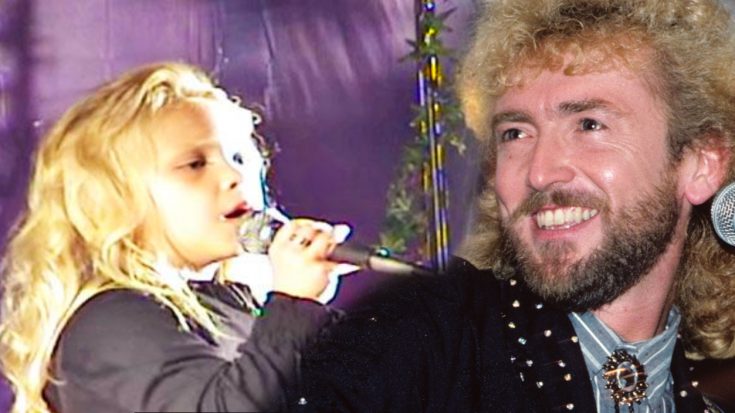 Just because of her song choice, we already love 8-year-old Alex Malone.

At a very young age, Alex managed to muster up the courage to sing a well-loved Keith Whitley song and completely nailed it.

“When You Say Nothing At All” is one of the most beloved and legendary Keith Whitley songs and since his passing in 1989, fans have yet to love another version quite like his.

Alex is high on the list of people who actually do this song justice, along with Alison Krauss. Whitley took the song to number one on the Billboard country charts and it’s ranked 12th on CMT’s list of the 100 Greatest Love Songs.

While his version has stood the test of time, and remains one of his biggest hits, it was also a huge success for both Alison Krauss and Ronan Keating.

When writing the song, Paul Overstreet and Don Schlitz literally could not come up with anything to write. Then it hit them to write a song about saying, well…nothing! They didn’t think the song was all that great until they heard Whitley’s emotional and passionate delivery. In that moment, it became the iconic song it is today.

Alex sings with the same passion Whitley had, which she showed with her impressive choreography. This isn’t the first time we’ve fallen in love with a performance from little Alex Malone. She’s also previously covered Randy’ Travis’ “I Told You So.”