8 Behind-The-Scenes Facts About “The Waltons” 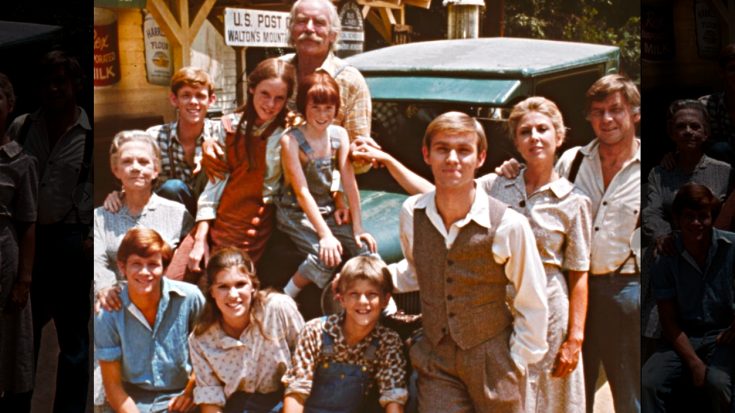 The American drama, The Waltons, followed a family living in rural Virginia during the Great Depression. The beloved show ran for nine seasons and followed John Walton Jr.’s point-of-view.

Here are eight facts that only superfans know about the show:

CBS Thought The Show Would Tank

At the time, a “rural purge” was taking place on all networks; however, The Waltons was a massive hit with viewers! The series even paved the way for classic shows like Little House on the Prairie to rise to television.

The Walton’s House Was Used For Another Popular Show

The famous Walton’s house appeared as The Dragonfly Inn in the popular television series Gilmore Girls. While the set sported more modern decorations, the house itself had a second life onscreen!

Michael Learned Auditioned For The Show With A Bottle Of Liquor

Learned, the actress who played Olivia Walton, struggled with alcoholism until finally finding sobriety at age 78. The actress even auditioned for The Waltons with a hidden bottle of liquor in her pocket.

John And Liv Went On A Date In Real Life

The onscreen chemistry between Olivia and John were so strong that the real-life actors decided to give dating a shot. Disappointingly for fans, the pair realized that they were better off as friends on the very first date.

In season five, Grandma Esther’s stroke reflected actress Ellen Corby’s real health-scare, which resulted in a leave of absence from the show. Corby’s onscreen husband found her passed out on set after she suffered a stroke and sought medical assistance. Grandpa Zeb’s death was also written into the script following actor Will Greer’s passing.

Mary admitted on an episode of Oprah that playing Erin Walton came with pressure to be “the pretty one.” Quickly, Mary turned to harmful eating habits to ensure that she appeared thin on camera. The actress developed an ulcer and tried to hide health changes from her co-stars. John, who played Reverend Matthew, took notice and tried to help.

“He said, ‘No, no, I want you to start doing a journal.’ And that night I started journaling and it saved my life,” Mary explained in the interview.

The Show Was Created As A Favor To Congress

In an interview with the Los Angeles Times, actress Kami Cotler revealed that the series was a reaction to congressional hearings, questioning television’s moral direction.

The network wanted star power for the show and requested Henry Fonda after seeing his similar role in Spencer’s Mountain. Fonda looked over the pilot episode and decided that the family was the real star of the show. Of course, Fonda’s observation turned out to be correct!

See how the characters from The Walton’s changed from the first season to their very last  in the video below.